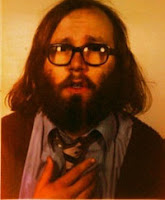 I loathe sentimental comedians, at least openly sentimental comedians. “Heartwarming” comedy about kids, parents, and the good old days gets me very tired very quickly — the sole exceptions being the early Bill Cosby, who pioneered the kid’s tale told from the perspective of a kid, and Jean Shepherd, who brought a sharp, spoken-word slant to his stories of “kidhood” and adolescent adventure.

One modern standup is able to tackle these topics, however, and not sound mawkish or overly saccharine. His name is Daniel Kitson, and I discovered him though the constant recommendations of his work that appear in interviews conducted with his fellow “alternative” British comics, especially Richard Herring and Stewart Lee, who refers to Kitson in his new book as “the best standup I’ve ever seen.”

Kitson is a hard performer to get bead on, though, if you’re not physically in England or at the Edinburgh Fringe Festival, as he keeps a very low profile and is not represented on CD or DVD. He avoids appearing on television in the UK and when he does (as is evident from the snippets of his work that are on YouTube), he is not seen to best advantage. He did, however, decide back in 2009 to start giving away audio recordings of his critically lauded Edinburgh shows as mp3s on his website. Although he promptly stopped after two shows were uploaded, these two long-form examples of his work demonstrate quite well why he has been deemed a “comedian’s comedian.”

To start with, he has a stage persona that is comprised of contradictions: he sounds nervous (perhaps only a product of his having a stutter), but is in fact in very tight control of his monologues; he loves to tangent off into side-stories, but can effortlessly pivot back to his original narrative; and while he displays a cynical misanthropy at times, he also delivers touching points about friendship, aging, and family (Lee refers to him as the “sentimental misanthropist”). 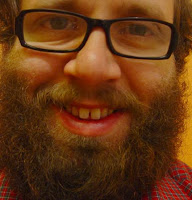 Of the two shows that are available at danielkitson.com, the 2004 Edinburgh show that he calls “Dancing” is very good (showing he can deliver the goods even while sick), but the 2005 show taped at the Stand in Edinburgh offers a wonderful example of his work. He has two basic threads in the show: outrage over a review that called him a “misogynist bully” and memories of what he learned from a close adolescent friend. On these twin frames he hangs a number of tangents, including the joys of romantic failure, a story about sledding, learning to curse creatively and be “ironically racist,” and a philosophy describing the best thing in the world (doing a thing you love while looking forward to doing another thing you love) that is pretty much the best definition of bliss that I’ve ever heard (Kitson avoids that word, however).

Those of us in NYC will soon be treated to Kitson live, as he is scheduled to perform at St. Ann’s Warehouse throughout January 2011 with his 2009 Edinburgh show The Interminable Suicide of Gregory Church. I look forward to seeing this talented monologist in person, but for those in the rest of the U.S. and other places that he doesn’t tour, I recommend that you check out his podcast and experience the show simply titled ”The Stand.”
Posted by Media Funhouse at 1:13 PM

In case you hadn't noticed, Kitson now has a bandcamp site (http://danielkitson.bandcamp.com/) which at the moment has both of the shows you've written about, and The Ballad of Roger and Grace (a story telling show with songs by Gavin Osborn). It's well worth the money.