I recently got the chance to interview the oldest enfant terrible working in cinema, Mr. Ken Russell. I was intimidated going to the interview, as I've been watching his movies for the better part of three decades, and had gotten the impression that Mr. Russell was a current-day Von Stroheim (temperamental, capricious, prone to outbursts). The man I met was a brilliant, cultured, polite old Lion who knows his way around an anecdote. He was gracious, dodged no topic — including the not-exactly-complimentary review given his new play in The New York Times — and wound speaking to me for nearly double the length we had arranged. The chat will air on the Funhouse in installments and, as is always the case with the interviews I've done for the show, is allowing me the opportunity to re-view many of Mr. Russell's finer works, including his lesser known BBC biopics and his hands-down masterpiece The Devils. As a preview of the talk, I give you these two clips.

First, "Uncle Ken" talking about the play "Mindgame," currently playing at the Soho Playhouse in Manhattan.

Next, Russell offers his take on YouTube and the phenomenon of file-sharing rare movies.

Winter has set in, there's been little to no heat in my Upper East Side tenement apartment for two days, the economy is a mess, the holiday frenzy is fast upon us, so what should you do? Watch these gentlemen:

One of the names I have constantly been searching on YouTube is "Peter Cook" (no, not that present-day lout). I need at some point to do a survey-post giving you the rounds of the amazing Cook finds on YT, but for the present I think the above should suffice. Well, since it's Xmas-time (which now begins at Halloween), I will throw in this one here, part of a series that is the only possible reason I'd revisit the worst of all Christmas tunes.

Posted by Media Funhouse at 9:32 PM No comments:

Alan Rudolph in the Funhouse (where he belongs)

I've done several interviews at press junkets, and I can honestly say that, while I was positively thrilled to do some of them, the individuals being interviewed are usually ready with a canned answer or two (that's why I like to ask open-ended things, like querying Werner Herzog on the purposes of the documentary — harder to get a canned answer that way). One of the most pleasant experiences I had at a junket was talking to Alan Rudolph, who seemed totally at ease, and seemed to actually listen to my questions and provide original answers. Anyway, I offer these two clips from our interview, which was done in 1997 to promote the opening of his brilliantly off-kilter comedy-drama Afterglow. Rudolph has made about seven films that I absolutely love. He's a challenging director who deserves better recognition.

On his visual style, especially his trademark zooms:


On "small movies" and his mentor, the late, great Robert Altman:

Posted by Media Funhouse at 4:59 AM No comments:

Let us give thanks for terrific music: blogspot is heaven 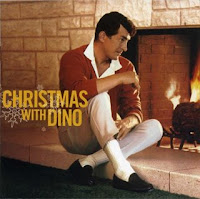 I haven't had the chance to update my link-list on the right there, but there is one blog that I'd truly recommend for the finest in lounge, jazz, comedy, and yes, Vegas/Rat Pack live wonders, this gent right here has it all: 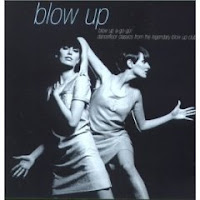 And for something I've been listening to more than once, I recommend this lively compilation CD of supersonic tunes from the Sixties and things from later eras that sound as if they were made in the Sixties. You've got Mongo Santamaria, Edwin Starr, the Kinks, Jacques Dutronc, Buddy Rich, and Andy Williams, do you need any more? Well worth the time to download!

For those who don't know how this download thing goes with the blogspot blogs:
-You get the link from the blog, click the sucker, and then if it's on the Megaupload site, just follow the prompts. If it's on RapidShare, go in as a "free user." Megaupload allows several downloads an hour, whereas Rapidshare allows only one (you're clear after an hour or two to go after more).
-You need an RAR "extractor," which is a free download for the PC and Mac, just dig one up (it's the equivalent of the Winzip Unzipper thing — this software changes every freakin' year!) Drop the file in there and voila! You've got the album in MP3 form.
-Certain of the music blogspots require that you entire a password in the RAR extractor before you drop the file in there -- the ones I've cited above DO NOT! Huzzah.
Posted by Media Funhouse at 4:41 AM 1 comment:

I conducted an interview with Carroll Baker, the Fifties movie queen best known for starring in Baby Doll, at the Chiller Theater convention back in late 2000. We were flooded by sunlight, so I decided to air the chat in b&w, which seemed somehow appropriate for a Hollywood star from the Golden Age.


And here she discusses one of our Funhouse favorites, Italian filmmaker Marco Ferreri, with whom she made the 1967 feminist parable/comedy/drama/fascinating mess The Harem.

Posted by Media Funhouse at 2:39 AM No comments:

VHS has been the building block of the Funhouse for the show's 15 years, and I have too many of those black plastic wonders in my possession (and in storage lockers, and in my psyche, they're everywhere!). I've featured quite a lot of high art on the program, but every so often I'd review the most ridiculous VHS titles I'd come across. I herewith submit three items shown on the show back in late '96.

First, a companion-piece to the "Video Aquarium" tapes that became popular in the Eighties. "Video Dog" was a concept that was supposed to boost the spirits of those souls who wanted to own a pet but were prohibited from doing so by their landlord — or who just didn't want to clean up the mess. It's an absolutely ridiculous concept, but it reaches its interactive peak at this point where you are supposed to give the dog a series of commands. It's ready and waiting to comply. This tape appears to bounce due to vague tracking problems — perhaps my VCR was telling me something....

Then we have an item that is intentionally ridiculous. I love Joe Flaherty of SCTV and always dug his Count Floyd character, but here's an oddity, one of two instructional videos he made as the character (the other one was, I kid you not, a fire safety video, that I saw on locally on a PBS station late night). Here he shows us "How to Make Funny Home Videos" as the late-night horror host without a clue.

(this tape bounces too, but do you really care?)

I've referred to the Sixties as "the gift that keeps on giving" in the past few weeks on the show, and truly it is so. Just saw the documentary on the Monks (Transatlantic Feedback), which is a terrific tale of the one-album band that has ascended into cult heaven (deservedly so). In the film they discuss how the band worked with Charles Wilp, a conceptual artist doing ultra-mod ads for a German cola I've never heard of. Of course the 'verts are on YouTube and so humbly pass 'em on. Blow yer mind.

I was a little kid when the Sixties ended, and although the Seventies really was a time of bizarre, reckless optimism, I can’t say I’ve ever experienced a political moment as blissful as this past Tuesday when, for one instant, it seemed like America might actually be ready to grow up. I’ve voted for Democrats every time out of the box, but they have been such an ineffective party (excepting the Clinton charisma) for the past 28 years it's been depressing (independents are a great big dream, but akin to throwing your vote away in this two-party monolith).

I was extremely cynical and pessimistic heading into Tuesday, as I honestly don’t think this is a mature country — as far as culture, issues surrounding sex, issues surrounding race, the preservation of the human race, and (especially) intelligence. I was unsure that a majority of Americans could agree on anything aside from the fact that “we’re Number One!” Obama’s landslide surely came about because of the dire economic climate and the fact that Bush and co. have run amok with the mandate of the uncaring, apathetic mob. For the country to have actually made a statement, though, that times are indeed wretched is like stepping onto the first step of the 12-step ladder. The result is an event that is the most positive thing happen to the American Left in politics, the single greatest victory on a national level, since Nixon resigned way, way, way back in 1974.

I’m certain things will swing back, although I would hope they do not. We have too many citizens who are defiantly proud of their stupidity and narrow-mindedness. For a moment, though, it is nice to even be able to consider a future wherein we open up intellectually and emotionally, and learn that we are part of a whole, not Number One, and that’s it’s very, very reassuring to not have an Old White Guy with a defiant, belligerent attitude running the place. Intelligence has a place in government and part of me fears that Barack will be constantly, constantly confronting fear and loathing from the enormous Right Wing we have in this country, and could well become a national version of David Dinkins (so much for New York being liberal — since DD, we’ve had two of the most backward-looking bull-headed Rightists in the head slot for the city). For this moment, at this time, however, I rejoice in Obama’s intelligence and his ascent to power. Hope really is infectious.
Posted by Media Funhouse at 6:30 PM No comments: