One of the purest joys in doing the Funhouse TV show is getting to speak with artists whose work I've enjoyed. The last interview that I did – which spawned three episodes on the show – was with Swedish filmmaker (and master-stylist) Roy Andersson.

Andersson is best known for his visual style. (How many filmmakers can you say that about these days? Certainly not very many Americans....) Each scene in his features is composed in a single shot that contains all the action, and believe me, there is a lot of action in many of his scenes.

His latest film, A Pigeon Sat on a Branch Reflecting on Existence, is the lightest of the three films he has yet made in this very impressive style (also the last in a loose trilogy of features about, as Andersson puts it, “being human”). It is a visual pleasure from start to finish, as its sequences range from tragic to comic and finally, in the sweetest moments, to reflective (no, we never do see a live pigeon in the film – although them birds can be heard on the soundtrack).

Here is the trailer for Pigeon. If you can, see Andersson's post-1990 work on a big screen; his visuals are even more impressive in a theater.


Here is a rhapsodic, virtuoso sequence from his preceding film, You, the Living (2007). It illustrates a fangirl's dream of marrying her favorite rock star.


Andersson made his first feature in 1970 (A Swedish Love Story). That film and its follow-up, Giliap (1975), were shot in a very conventional way. His “new” style appeared first in his very brilliant, quick-gag TV commercials, and then in the deeply disturbing and deeply (darkly) funny short, World of Glory (1990). [NOTE: Turn on the English subtitles with the Closed Captioning button.]


I uploaded two clips from my talk with Andersson. He had discussed with me his love of Bunuel and many painters (Bruegel, Goya, Otto Dix, Edward Hopper) and then volunteered two of his favorite inspirations – Stan and Ollie. I then brought up the similarity of his work to that of Jacques Tati, whose films he also loves:


He also discussed his scripting process, which is more storyboarding than conventional scripting. He also offered his opinion on religious superstition.

Posted by Media Funhouse at 11:19 PM No comments: 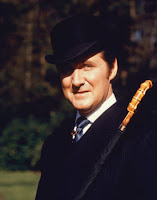 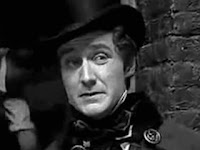 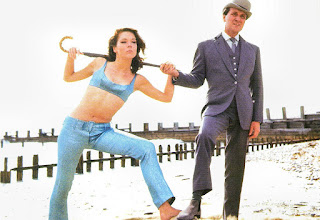 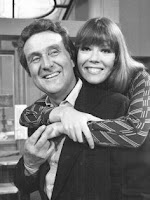 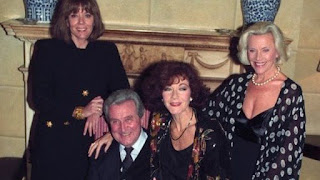 
Farewell to a gentleman's gentleman who was admired by the ladies as well.
Posted by Media Funhouse at 1:47 PM No comments: