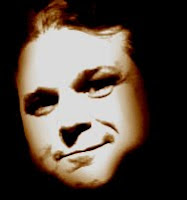 The art of conversation has been dead on TV for years now. The longest interviews one can find on the box are on what remains of PBS (Charlie Rose, who ain’t no Edward R. Murrow, David Susskind, or Dick Cavett — hell, most of the time he ain’t even Bob Costas) and C-SPAN’s Book TV, which can be riveting or meandering in equal parts. Commercial radio is a graveyard, and so one can turn only to NPR or the Pacifica stations for lengthy interviews. OR to a good number of podcasts and Internet radio shows that, naturally enough, need to be found in order to be enjoyed.

I will be posting a few these in the weeks and months to come, but thought I’d start off with a recommendation for a Sirius radio show that is now being made available to stream/download for free, Ron Bennington Interviews. Bennington is half of the radio team Ron and Fez who, among many other things, introduced the world to the brilliant, mysterious figure known as Sherwin Sleeves. Check out his podcast at once!

The Ron and Fez show, which was on commercial radio and is now on Sirius, is an odd and unpredictable mixture of elements. Ron’s “character” on the program is the streetwise straight man for his partner Fez Whatley, and the timing of his sarcastic lines is impeccable (Ron had a standup career prior to starting the “Ron and Ron” show on radio in Florida). Every so often, though, Ron indicates that his tastes run deeper than what serves as fodder for conversation on the R&F show, which has been wrongly labeled “shock radio” but does often wander into in-studio stunt territory. I think I first realized that Ron was operating on a different wavelength from his radio colleagues when he sang out Ted Lewis’s catchphrase “Is everybody happy?” in one show, went on to discuss how the “carnies/rubes” philosophy rules the mainstream media in another, and would discuss his weekend viewing (which included independent and occasionally foreign features, caught at local arthouses) on various Monday shows.

The Ron Bennington Interviews site includes an impressive array of guests, from filmmakers and authors to sports figures, with possibly the finest chats coming when Ron talks to the “survivors,” musicians who’ve lived through a hell of a lot and whom Ron seems to relate to in a beautiful, collegial way. His talks with Iggy Pop, Marianne Faithful, the ever-fragile Brian Wilson, and Daniel Johnston all demonstrate Bennington’s finesse with his subjects, and his ability to do what an MSM interviewer is expected to do — plug the latest “product” — while also getting the guest to discuss his/her hallowed past.

This knowledge allows him to immediately sink into his chats with Bruce Dern, Terry Gilliam, Wim Wenders, and D.A. Pennebaker, but also allows him to gently touch on the subject of “wild times” (read: drugs) with folks like Iggy and Faithfull. I have been missing Ron and Fez since they made the switch to satellite (for those whose budgets are stretched tight, paying for radio sadly isn’t an option), and the Ron Bennington Interviews site is a blessing and a chance to experience some very informal and enlightened chat.
Posted by Media Funhouse at 11:47 PM