"Dollybird" with a load of talent: Deceased Artiste Lynn Redgrave 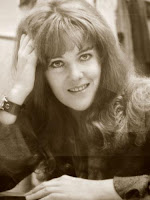 By no means do I want this blog to simply be a collection of obits, but I’m happy to pay tribute to people whose work I’ve admired once they’ve shuffled off this mortal coil. Lynn Redgrave, who died only about a month after her brother Corin, had a busy career that combined both the very high and the extremely low. Impressive stage work alternated with pure crap TV series, but for me she will always be best remembered with two of the finest movies about "Swinging London" in the Sixties — yes, the decade that is the gift that keeps on giving.

First, let us run through the extremely low end of Ms. Redgrave’s resume (I have the utmost respect for her as a person and actress but, well… this is what I do in the Funhouse…). Perhaps the weirdest thing I found in her obits was a scandal I had forgotten about, whereby (try to chart this out) her son married a single mom whose kid, it was revealed, had previously been sired by Ms. Redgrave’s husband, John Clark. That qualifies for “I’m My Own Grandpa” status (with Mr. Clark being both the father and “grandfather” of the kid) but, as an add-on to that very unusual relationship, it was noted that Ms. Redgrave toured with Mr. Clark in the play Love Letters; they gave a special perf of said play to the jurors in the O.J. trial. I have no idea how/why they came up with that play being the proper entertainment for the jurors in a murder trial, but there you have it.

At least one theatrical endeavor that she attempted never saw the light of day, and not through any fault of hers: you can consult the Jerry Lewis biography King of Comedy by Shawn Levy to read why the Broadway-bound version of Hellzapoppin' starring Jerry and Ms. Redgrave died on the road in the mid-Seventies before it hit the Great White Way. 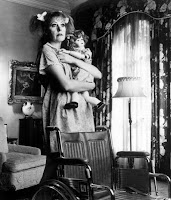 Back on TV, Ms. Redgrave became associated with the Weight Watchers brand for a time through numerous TV commercials, but her TV C.V. is pretty impressive in its schlockiness: The Love Boat, Fantasy Island, the series House Calls (from which she was famously fired for wanting to breastfeed on the set), and later on, Desperate Housewives and Ugly Betty — not forgetting a very odd turn in the Sherilyn Fenn dramedy Rude Awakening where she basically did a knockoff of Joanna Lumley’s character on Absolutely Fabulous. One of the other strange TV choices she made was to appear with her sister Vanessa in a very odd redo of What Ever Happened to Baby Jane? in 1991 (seen above). It is one of the strangest double-acts in TV-movie history, and is eminently watchable, but as you're viewing it, the question "why?" will never leave your mind....

In looking for traces of her more memorably tepid TV work on YouTube, I came up with two shards, one from the completely forgotten sitcom Teachers Only

And the sitcom that paired her with Jackie Mason, the really, really bad Chicken Soup:

Her movie career was quite uneven also, due to the fact that she worked extensively in theater (where she received critical accolades for many performances, especially later in her career). Since I want to get all of the schlock out of the way, let me just spotlight perhaps her most renowned crap lead role, starring in The Happy Hooker (1975):

Thankfully, in the late Nineties, Ms. Redgrave’s movie roles went from fun crap like the above to things like Shine and Gods and Monsters, although she still did appear in some wonderfully campy items like The White Countess, which found Natasha Richardson supported by her mom Vanessa and auntie Lynn, both doing roadshow Chekhov Russian accents. I included a non-Redgrave-sisters scene from that incredibly corny flick in my tribute to Ms. Richardson. Of course, Ms. Redgrave’s greatest personal triumph was her very public struggle with breast cancer. She fought the disease for seven years and finally succumbed to it, but contributed some very inspirational materials (a book with her daughter, plays about her family, and some very personal interviews) while being the trooper she always was, and continuing to work as best she could on a regular basis.

But let’s flash back to the Sixties for my favorite part of Ms. Redgrave’s movie career. First, a little segment from I’ve Got a Secret in 1967, which finds host Steve Allen engaging her in one of the lamer set-ups (they gave up on the “secret” notion somewhere in the early Sixties). She is quite engaging, with her hair piled high upon her head:

She distinguished herself from her sleek, very serious sister Vanessa by playing two wonderful comedy roles in two of the best Swinging London movies ever. The first, Georgy Girl (1966), was a sort of epilogue (along with Alfie) to the “kitchen sink”/angry young man subgenre that required all young men to be rebels and their women to have “a bun in the oven.” Here, Lynn is centerstage and her character, though depicted as dowdy throughout the film (an impression furthered by the inclusion of a hot young “Charlie” Rampling as her friend), is not as helpless as the kitchen-sink girls like Rita Tushingham in A Taste of Honey. She may be the love interest of an energetic young man (Alan Bates) and fawned over by an rich older man (James Mason), but she ultimately chooses her own fate, even if it is a decidedly un-feminist one.

And what makes the film so great besides its three great lead performances and its views of 1966 London? Well, the fucking THEME SONG by the Seekers, for one. It is such an enchanting piece of pop, it literally sums up and adds to the film as a whole, remaining completely unforgettable:

Here is the sequence in which Georgy sings:

And the touching end of the picture, in which the song once more comments on the action while imprinting itself in our heads forever:

The other Swinging London pic Ms. Redgrave made is not as well known as Georgy. Smashing Time is a pastel-colored joy that is all about the impression that London (the fantasy London of the mind) was making on youth around England (and, by extension, around the world). The film is in the mode of referential musicals-with-people-who-can’t-sing, of the type made by Godard (Une Femme est Une Femme) and Rivette later on. The characters in this kind of musical are folks who’ve seen lots of musicals and then live one out in front of our eyes. The movie is charming, ineffably goofy, and a helluva tribute to London in the year it was made, 1967. Here is a trailer made for American viewers:

This is not one of Ms. Redgrave's scenes, but I couldn't overlook the visit to the “Too Much Boutique":

Lynn arrives on Carnaby Street, and there are photographers and models everywhere:

And, lastly, North Country girl Lynn being packaged as a pop superstar even though she's tonedeaf. She's so young! (that's the name of her hit tune, don't get ideas...)

Posted by Media Funhouse at 6:59 PM