The Mark Twain Prize to... Tina Fey?: A list of far more deserving candidates for a lifetime achievement award

[The pics used to accompany this blog post are meant to illustrate a point. A pretty obvious one.] 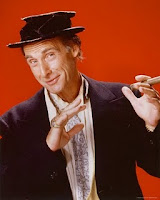 The American Film Institute’s Lifetime Achievement Award shows were really something to watch back in the 1970s and ’80s. The folks receiving the prize were bona fide A-list talents who were without question worthy to get a lifetime achievement award. Two-hour award presentations were made to performers and filmmakers on the order of Ford, Welles, Hitchcock, Capra, Huston, Astaire, Cagney, Gish, Davis, Stanwyck, and Fonda. 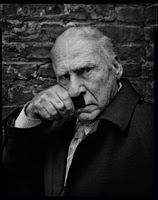 In the 1990s, as U.S. culture and entertainment took its precipitous slide toward the utter soulless crap that is extremely popular in today’s mainstream, the AFI Award began going to performers and filmmakers whose careers were still in full flourish, but who could guarantee a solid audience for the TV airing of the award show. What had been amazing about the AFI was that, even though the usual “mavericks” (Ray, Fuller, Sirk, and on and on) were going to be ignored, in the '70s and '80s you were treated to CBS (I believe that was the network) presenting a two-hour show saluting the work of Lillian Gish or John Ford or Orson or some Golden Age star who worked in the era of black and white that network television wants to stay far, far away from (the opening and closing moments of Wizard of Oz aside). 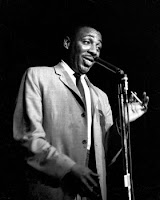 Then, with the sole exception of Robert Wise, the AFI turned to honoring only those who would attract TV ratings and a roster of current-day Hollywood names to salute him/her. Nicholson, Eastwood, Spielberg, Scorsese, Streep, and others whose careers were still moving along at a steady clip were then honored, and the result was similar to the many, many moments in the Oscar ceremony when Hollywood slaps itself on the back and reminds us all what wonderful movies used to be made, and how the pap that comes out these days is the obvious continuation of what came before. The most interesting thing about the list of winners that can be found here is that the recipients have gone from being in their 70s and 80s to 45 for the extremely charming but oh-SO-non-versatile Tom Hanks (45). 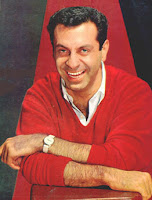 I bring up all this about the valuelessness of the AFI awards, and the shameless grab for TV ratings (or even a network to air the event — for a bit it was relegated to cable from its original network home), to bring up the subject of yet another valueless encomium, the Mark Twain Prize for Humor. The Kennedy Center presents this honor, and it has been sort of dubious since its inception — what makes the Kennedy Center board experts on humor in America? Whatever their qualifications are or aren’t, the award has followed the same trajectory as the AFI award, except it has been even more singularly pathetic in its choice of honorees, its ignoring comic legends who deserve appreciation, and its craving for viewers (especially since the show airs on PBS, and not a commercial network). 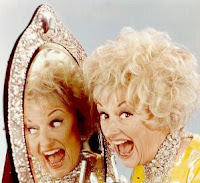 The prize jumped the shark when it made its first fourth honoree, and its first female, Whoopi Goldberg, in 2001. I’m not going to debate Goldberg’s comic pedigree — she did do great accents and voices back when she did standup, but that was a very long, long time ago. In any case, they leapfrogged over the first modern female standup, Phyllis Diller, the second, Joan Rivers, and the many women who populated variety television (never mind the women comedy writers) to move on to Whoopi, after having saluted two national treasures and comic innovators — Richard Pryor and Jonathan Winters — and one gent who had a good run in the Fifties and Sixties, Carl Reiner. 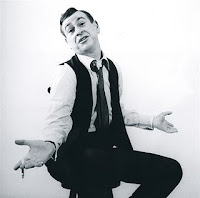 Probably the next horrific honoree was Lorne Michaels in 2004. Michaels spearheaded a show that was brave, bold, and innovative for five years, and has been a walking-dead example of everything that is dull, boring, and formulaic in TV sketch comedy since then (with the exception of the sterling 1984-85 season, which was cast almost entirely with “ringers,” meaning people who were already proven commodities as sketch/character comedians). There have been others whose contribution to American comedy is indisputable (Neil Simon, Bill Cosby, George Carlin, Lily Tomlin), but the obvious mandate is to interest TV viewers in the ceremony, and so this year the winner of the prize is none other than the pin-up of snarky sketch and fake-news comedy, Tina Fey.

I am not going to debate the merits of Tina Fey as a comedian here. I find her stuff pleasant but not memorable. The hubbub that surrounded her Sarah Palin imitation in 2008 was fascinating, in that there were other comic actresses on the Web doing equally good impressions of the Brainless One, and Fey’s “material” was essentially direct quotes from Palin’s own verbal missteps. Fey is a good-looking woman (never let that slip out of the equation), and she is currently a powerhouse to be reckoned with in terms of reputation, paycheck, and drawing power. But is she the 2000s equivalent of Dorothy Parker? Not on your life. Except, of course, to those who consume only contemporary mainstream culture, and are not familiar with anything old, foreign, or even slightly "alternative." 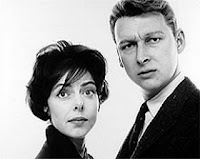 In any case, since the Mark Twain Prize has now irredeemably jumped the shark, I would like to submit for public view a list of the people they’ve forgotten to honor (in case you haven't been looking at the pics I've scattered throughout this post). Maybe they feel these people wouldn't be “ratings bait” — then again, on PBS you’d think an older name would be ratings bait, but PBS is as dull and lifeless as the rest of American broadcasting these days. 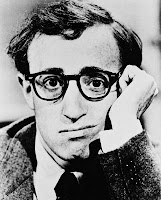 I’m leaving out the names of such folk as Professor Irwin Corey and Bob Elliott, as I think that, though they richly deserve the prize, a mainstream board like the Kennedy Center’s would never be that hip. I also leave out the solid gold name of Woody Allen (who was without doubt in the top rank of American humorists of the second half of the 20th century), since I have the feeling that he has already turned the honor down. I can’t help but feel that they’ve never asked Mel Brooks, though, since I don’t think he would turn it down (not a man who revisits an item like Spaceballs). I know that they’re probably already prepping the Twain Prizes for Adam Sandler, Will Ferrell, and Jack Black, so let me remind everyone who is still alive and deserves the Prize. If it really had any meaning.

And after all that, I’m not even going to mention that Mark Twain was a WRITER for fuck’s sake, and that breed of humorist hasn’t even been given a second thought. Then again, when your comedy prize is little more than a joke, well… it writes itself, doesn't it?
Posted by Media Funhouse at 6:55 PM

Mark Twain - "A hack writer who would not have been considered fourth rate in Europe, who tricked out a few of the old proven sure fire literary skeletons with sufficient local color to intrigue the superficial and the lazy."