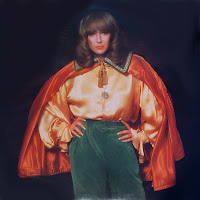 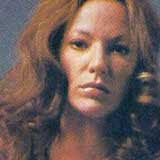 One helpful YT poster has put up an entire feature starring True, minus the hardcore sex. From what I watched of it, The Seduction of Lyn Carter (1974) is indeed a moody little affair from director Anthony Spinelli, which happens to costar the ubiquitous Jamie Gillis:

But, since True was also having hardcore sex on screen, I wanted to link to an example of that, and could only find this sole instance “aboveground.” It’s from Dance of Love (1974) and features True “getting it on” with Eric Edwards. Given that True herself was writing music at the time (she wrote her disco songs herself), it’s interesting to note that the film has a psychedelic-sounding theme that gives way to the usual cheesy jazz in this scene (and then back to the psych). 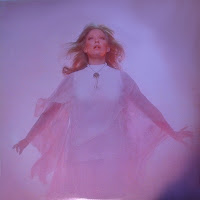 I was too young to really care about disco when the song came out — and thus was never one of the Irish and Italian kids I went to school with who chanted “disco sucks!” with a vehemence that indicated a *lot* more was going on with their supposedly music-based hatred. I always liked the tune, though, and in the late Eighties bought a secondhand copy of True’s first LP (which is really the length of an EP). The song does indeed grow on you, thanks to a hook that sounded even better in headphones (the hollower the knocks get, the more hypnotic the song gets).

In any case, the song was a massive hit in ’76, both in discos and on the music charts. It was covered in later years by Bananarama and Dannii Minogue, and also was cleverly sampled by the brother-sister-led Canadian group Len for their 1999 hit “Steal My Sunshine.” True’s obits wryly noted that the song, which was risqué in its inception, is now so mainstream as to have been used as the musical backing for a Post cereal commercial (with the scary tagline “Have a bowl of happy!!!”). 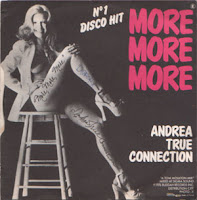 There are certainly a lot of visual representations of the song on YT, but I would have to point first to a dance version from the Aussie TV show “Bandstand.” Then there’s this video that uses the album version of the song (six minutes!) to accompany the poster’s personal photos of the Seventies (always fun to look into someone else’s closet of weird color schemes).

And then, of course, there is Andrea herself, performing a lip-synch version of the song that was apparently shown on both Top of the Pops in the U.K. and on Musicladen in Germany. Here is the British version:

Here’s True live on Don Kirshner’s Rock Concert performing “Party Line.” The clip was uploaded by a KISS fan because Bruce Kulick was her lead guitarist at this point:

The only follow-up to “More, More, More” that got some traction on the charts (at least in NYC) was “New York, You Got Me Dancing” in 1977:

I’ll close out with a track from the More, More, More LP, the wonderfully titled “Fill Me Up.” Yes, it’s long (ten minutes), and is exactly about what you think it’s about:

Posted by Media Funhouse at 4:03 PM

“You really know your stuff... Keep up the good work!”
ld hardas

Sure, her first LP may have been the length of an EP. But the width? Oy!

But in all seriousness, I left New York about 3 years ago, and your show is about the only thing I miss about it. Any chance you could upload entire episodes to YouTube? I enjoyed your hosting as much as the clips/media. Just a thought.

Love your website as well. "More, More, More" [aka. "Mas, Mas, Mas" in Venezuela] is such an evergreen gem of a record.