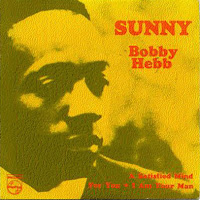 Some show-biz departures this week: Tom Mankiewicz (son of Joseph and nephew of Herman), who wrote a few of the “segueway” Bond films during the later Connery/early Moore period. I prefer Movin’ with Nancy to anything he did on film — esp. the pics he directed, the bad Dragnet redo and the really awful John Candy vehicle Delirious. (Okay, okay, I know there are Mother, Juggs & Speed fans out there… it’s all right!) 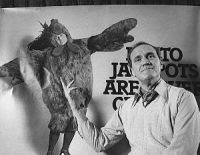 Ah, but then there is Dan Resin. Resin left us this week at 79, and his face is one that is familiar to everyone over 35. He was a steadily employed character gent who mostly played rigid WASPy figures of authority. I combed his IMDB filmo to see if there was any reason his name and face Resin-ated with me (ouch). There are only 18 entries on that list (no television episodes), and in that small number one can see patterns — films made by NYC filmmakers Larry Cohen and Harry Hurwitz, including the spotty but occasionally wonderful That’s Adequate and something I’d like to see, Richard, yet another no-budget Nixon-abuse comedy that has disappeared from sight (which starred Tricky Dick lookalike Richard M. Dixon and Mickey Rooney!)

Most folks know Resin for his supporting role as “Dr. Beeper” in the fun but way-too-cultified Caddyshack. His obits centered in, though, on the one part that no one over a certain age could forget: the Ty-D-Bowl man, a guy in a yacht floating around in a toilet tank. You don’t really find TV commercials as deranged anymore — as a child, my constant viewing of these ads made me believe (as I had with Chuck McCann hiding behind the bathroom mirror) that there might indeed be some little guy floating around in the toilet. It was a very weird era:

And, because the best way to conclude nearly everything is with a song, let’s hear from another gent who kicked off this week, one of the Sixties’ biggest one-hit wonders, the hard-working Bobby Hebb. His biggest hit was, of course, the indelible “Sunny.” You can watch James Brown or Marvin Gaye sing it on YouTube (or Tom Jones and Ella Fitzgerald in a spirited duet), but Hebb’s version is the one everyone remembers:

But in reading his obits, I was happy to become reacquainted with this Lou Rawls number that Hebb wrote, “A Natural Man.” You don’t hear this one on oldies radio: