As a country, we Americans are obsessed with the “miracles” of childhood, childbirth, and kids in general. I’d argue that the reason we are is because our adult lives are so filled with daily reality and let-downs that we begin to bestow an unrealistic magic on our early years, and thus the urge to revisit childhood, whether mentally, emotionally, or through having children (or as the wisemen Hicks and Carlin called it, “pumping one out”), is irresistible. What does this have to do with the current brouhaha over tiny cinema master Roman Polanski? (You can kinda figure where I’m gonna fall on this from the last phrase, can’t ya?) Well, unlike many other cultures that do indeed guard their children’s innocence and adhere to the notion that pedophilia is rightfully a crime, ’round these parts, we hoot and holler a lot more about the issue, because we’re “one nation under God,” dontcha know. We are the appointers and defenders of morality, and know best, so shut up, rest of the world, we’ll tell you what to think. Polanski has indeed been condemned in his adopted country of France, too, by both right and left-wing politicians — the latter because gents like Daniel Cohn-Bendit said pro-“loving kids” stuff earlier in his career and now has to publicly raise a hue and cry against the practice. But we in America *reallyreallyreally* want you to know where we stand.

First of all, let me state outright that Polanski did commit a crime many years back. He also indulged in wildly bad judgment. The severity of his debt to society is what the issue is here. Let's run through a few of the elements surrounding the case, many of which are covered in a New York Times (oh boy, that liberal Jewish New Yawk newspaper) group of op-eds. Here is another op-ed, this one written by Polanski’s latest screenwriter.

-The victim “got over it long ago.” The woman who was the 13-year-old in question back in the disco era wants the case dismissed. Here is a second piece stating her desire to shut the thing down. She is what might easily be called at this point “a sympathetic witness,” oddly enough. Ms. Geimer was indeed not at the age of consent when the event took place, so either she was a “sophisticated teen,” as Polanski first argued, or she was a young girl who was taken advantage of by Roman. But she is now a grown woman who wants the case thrown out. The “lynch the child rapist!” crowd argue that “the justice system doesn’t work on behalf of the victim, it works on behalf of justice.” (I take this from a fervent argument against Polanski on a Newsweek blog.) And, what pray tell, is justice? Well, it’s the same as obscenity — they’ll know it when they see it…. -Polanski’s flight. Despite the serious loud-mouthing about how we in America won’t put up with “foreign artist types raping our kids,” this case simply amounts to embarrassment over Polanski’s flight. In fact, it’s rather evident that, were he to be extradited back here, the actual crime he would be imprisoned or otherwise penalized for would be his flight. Anyway having any familiarity with Polanski’s biography is aware that the reason he survived the Holocaust was because of his successful ability to flee those who mean him harm. Given the circumstances, he followed his instinct and booked the hell outta the States, and for that I don’t blame him.

-The initial publicity-hungry judge. Details of the case are included in the rather uneven but useful documentary Roman Polanski: Wanted and Desired. In short, the judge initially indicated he would honor a plea bargain that dictated Polanski would have to go through a 42-day session of “psychiatric evaluation.” Polanski did the session, and then the judge decided he would not honor the plea bargain, which had been worked out with the district attorney. He sought media stardom, and thus was going to put Roman away for a long time. 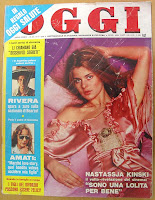 -Polanski’s history as a “playboy.” He has indeed been involved with many, many women in his lifetime, but has not been a “serial offender” in terms of underaged girls. Gary Glitter, for instance, could easily be pegged as a person who had a predilection for “the young stuff” — the gent gets arrested, then moves to another country, gets arrested again for the same thing. In his heyday, Polanski was constantly seen in the company of beautiful women and was known as a gent “on the make,” no question. The interview clip below (Diane Sawyer ABC-TV interview) takes him to task for dating Nastassja Kinski when she was 16; this particular charge can only be answered with the words "consensual," romance, and ohmygodNastassjaKinski. He has, however, not be seen with an underaged woman since l'affaire Kinski ended quite a long, long time ago (Reagan wasn't even president, if you want how long ago it was).

As a fan of Polanski’s work, I’d imprison him for having made Pirates, but that’s another matter…. What I mean to say is that his recent status as a rehabilitated family man with an attractive younger wife (who is middle-aged — when you're 76, most everyone is younger) and two children was evidenced by his polished but uninvolving version of Oliver Twist. He made Bitter Moon for adults, and Oliver Twist for younger viewers; take a look at the former, and tell me if you want a fascinating filmmaker like that in prison (my biases leak out).

-“Taking a chance” on the artist. This harkens back to Norman Mailer’s comment on society needing to take a chance on artists — in the case of his comment, it was John Henry Abbott, who killed a man when he felt the man had insulted him (not so wise a chance, bad decision, Norman). Polanski has indeed enriched the world of film, and thus the world, with the work he’s done in the three decades since his crime. Should society not “take a chance” that he has rehabilitated himself, and will not fuck up again? 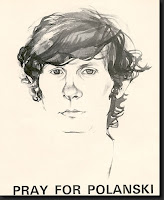 -The MSM, as it is called (“mainstream media”). The media needs a whipping boy, and Polanski is currently it. Interestingly, the Newsweek blogger cited above invoked the name of Bernie Madoff in her discussion of Polanski. We all have certain whipping boys that we loathe, and those that we sympathize with, but we can recognize them nonetheless as whipping boys, or whipping girls, as the case may be. For instance, I loathe Sarah Palin and think she is a complete ignoramus who shouldn’t be appointed dog-catcher (does anyone get appointed dog-catcher anymore?), but she is also a fave slam-target for the MSM (it would nicer if morons were ignored).

I get the feeling when reading/listening to the words of the anti-Roman brigade that they are as completely clueless as the Women Against Pornography leader Page Mellish, who used to stand on Manhattan street corners with large placards featuring horrid images of women being exploited; for some reason, she never understood that she herself was helping to perpetuate the exploitation by displaying these images in such a large and aggressive fashion (and turning off many whom she otherwise might’ve recruited). A percentage of the “Polanski is a child rapist!” crowd may really be motivated by their own feelings that any advance towards an underaged person is rape pure and simple, but a * lot * of the animosity towards Polanski is clearly a product of his being a “foreigner” who is loved by the French and those freak film-fans — and that “you ran away from us when we wuz talkin’ ta ya, boy! We don’t like that, come over here and get your beatin’…”

Then again, there are some folks viewing the case with a sober mind: here is a rather calmer assessment of the case, on a U.S. Military board (!) on the About.com site.

And since this blog is all 'bout the clips, here are some reasons to love Roman (I'm assuming most readers have seen his greatest films, from Knife in the Water to The Pianist). First, an early short, A Toothy Smile (1957). Hey, I never said the guy wasn’t a kinky perv. It’s just a question of whether that’s illegal or not….


Polanski acting (sans dialogue) in one of my faves, The Magic Christian:


Polanski ABC-TV interview from 1987 (“he was, by all accounts, a brilliant movie director…”):


On Chinatown, an AFI interview:


An absolutely brilliant and disturbing scene from The Tenant. (Hail Polanski and his wild screenwriter, the late Gerard Brach):


The trailer for Tess, the “kinder, gentler" Polanski:


The trailer for Bitter Moon is below. The whole film can be taken in here here:


A recent faux perfume commercial directed by Polanski, in which Natalie Portman and Michelle Williams catfight over a bottle of scent:


And the strangest Polanski-related artifact, and one of the most melodramatic: the ENTIRE German version of the stage musical Dance of the Vampires, with an amazingly over-the-top score by the ever-melo Jim Steinman!


And if anyone finds this sucker on discount anywhere, please notify me right away: 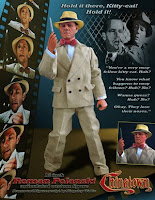