“Silence is death”: Hangin’ out with John Cassavetes

The clip below comes from a 1965 documentary included in the French TV series Cineastes de Notre Temps, since French and British critics were far more supportive of John Cassavetes’ filmmaking efforts than those here at home. It’s a wonderful little time capsule from the decade that truly qualifies as “the gift that keeps on giving” (and giving and giving….).

What comes across is that Cassavetes was one hell of a cool character. The contemporary idea of a “cool filmmaker” is someone like Quentin Tarantino who essays the part of the film geek and appears extremely enthusiastic and energetic. His hyper behavior contrasts completely with Cassavetes’ assuredness — what strikes you in watching interviews with him is that he was certain he was right about what he was doing, and the passage of time has indeed proven that he was creating groundbreaking and rough-edged, wholly original works.

Tarantino is a talented genre filmmaker who indulges the public’s (and his own) lust for crazy, imaginative violence. Cassavetes was pretty much a prude when it came to violence and sex on screen (he disliked Rosemary’s Baby and The Dirty Dozen, both of which he starred in for other directors). On a personal level, he appears to have had no indulgences but alcohol — how much he indulged in that is something that appears to be spoken of only in individual anecdotes (none of which are sanctioned by his family), but drink did bring about his premature death.

None of that diminishes what he accomplished during this lifetime, and what he was doing at the end of it (I am particularly fascinated by his last, “magical realist” works). He created a style that was then completely new and innovative, and wasn't the result of him stringing together citations from other pictures. (Of course, Godard and Scorsese strung together citations from other films in their groundbreaking works, but were creating something entirely new in cinema while doing so.) 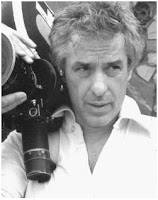 Cassavetes also worked in commercial mainstream fodder to fund his independent films. He chose to make things the studios didn’t necessarily want (even with a then big-name star like Peter Falk) because he felt the films had to be made. On the way, he was slagged mercilessly by American critics and reviewers, while the critical establishment now prematurely hails as geniuses filmmakers like Tarantino, the Anderson guys (not related, but I always lump Wes and Paul Thomas in together), Sofia Coppola, whomever.

I believe that one of the many things that strengthened Cassavetes and Altman as filmmakers were the drubbings they received from the critics when many of their best works came out. It’s surely not a good thing for an artist to receive instant, unanimous praise for their early works and to have shrines built to them as they crank out solid but entirely un-exceptional work.

Cassavetes was indeed an extremely cool character, and watching him here one can only envy those who got to know and work with him. Take a little cruise in his car, and marvel at what comes on the AM radio:

The whole documentary can be found on YT here. Thanks to Rich Brown for leading me to this gem.
Posted by Media Funhouse at 6:44 PM