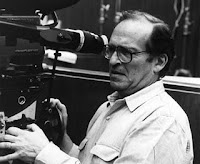 Whenever anyone discusses “the great NYC filmmakers” the names Scorsese and Woody Allen inevitably come up first. Scorsese has pointed to Woody as being the finest advocate of the city in cinema and perhaps he is right (his own Seventies and Eighties work is indelible, but the never-ending “DeCaprio cycle” is blighting his legacy). But there are a few other filmmakers who deserve consideration, including many indie and underground directors and a major-studio master who was one of the finest “actor’s directors” ever, Sidney Lumet.

Lumet, who died last week at 86, made some masterpieces and every one of them featured unforgettable performances — in some cases career-defining ones. He graduated from TV work in the Fifties to theatrical films (Twelve Angry Men, A View from the Bridge, A Long Day’s Journey Into Night) that were indeed actor’s showcases. He coaxed one of the last sublime “golden period” performances out of Brando in The Fugitive Kind, truly established Sean Connery as a talented actor who could say more than “shaken, not stirred,” and blessed Pacino with two of the finest roles he's ever had. (Not forgetting for a second Rod Steiger's incredible work in The Pawnbroker.) 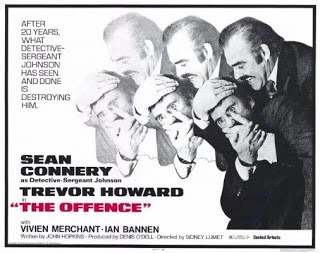 The best Lumet films are indeed masterworks, but sadly he was only as good as his scripts and his actors. There were a bunch of films he made that disintegrated as they went on — from The Anderson Tapes and Just Tell Me What You Want to Garbo Talks and Family Business. The Wiz (1978) is in bad-movie class of its own — the only film to feature a (semi-) starring performance by Michael Jackson, it is just so fucking miscalculated, it is amazing. And yet it does have gorgeous NYC locations and the HQ of the “Wiz” (Richard Pryor) is an utterly transformed World Trade Center, looking like a multicolored daydream/nightmare.

Following the odd Eighties miscalculations, there was a 15-year period where he made several lackluster items in a row, including a bunch of work for cable television. The theatrical films ranged from the unintentionally (very) funny A Stranger Among Us (1992) to the what-the-hell-is-he-thinking? remake of Cassavetes' Gloria (1999) as a Sharon Stone vehicle.

Thankfully in 2007, Lumet put that less-than-memorable work in the shade with the terrific Before the Devil Knows You’re Dead, which returned him to familiar territory with a caper movie that was actually a downward-spiral character study, and featured terrific performances by all the leads. As a fan of Lumet’s work, I am very glad that this was the film that he “went out on” — god knows how depressing it would’ve been if he had left us after Gloria!

One last thing about Lumet: he was categorized (and diminished) as being a “NYC director,” and yes, he was indeed one of the all-time great chroniclers of the five boroughs on film. I remember being particularly pleased that he had used the "Airline Diner" on Astoria Blvd. — which had some lovely items in the machines in the men's room — as a setting for a sequence in Prince of the City (this was well before it was used in a scene in Goodfellas).

But he also made a host of great movies that are not related in any way to NYC, especially when he worked with Sean Connery in England (The Hill, The Offence). The best argument that Lumet was a versatile filmmaker who was not bound to NYC as a location (or a state of mind) was the old-fashioned and delightful Murder on the Orient Express (1974) with the always impeccable Albert Finney. Even a great film set in Manhattan like Network (1976) actually has nothing to do with the city at all.

Lumet’s talent transcended this burg, but as a New Yorker, I’m very proud that he paid tribute to the city so incredibly well, and so often. Lumet’s best-known films are all readily available on DVD, so I’ll point the way to some choice scenes that are available online (some uploaded by mine own hand). First, a powerful bit from Lumet’s TV version of The Iceman Cometh, the only version of the play that preserves Jason Robards’ killer performance. Here, he delivers the central monologue in the play (the scene is in three parts; the later links are visible when each clip finishes):

I will confess that I have not watched this feature, but one helpful poster has uploaded all of Lumet’s View from the Bridge, a 1962 film version of the Arthur Miller play starring Raf Vallone and Maureen Stapleton, which was funded by French and Italian producers (and partially shot in NYC, partially shot in Paris). The film is a true rarity, but I can't vouch for its quality:

A commercially available title, but one that resonates with New Yorkers for its fleeting final glimpses of the city, the deadly serious nuclear-paranoia thriller Fail-Safe (1964). Beaten at the box office (and in reviews) by Doctor Strangelove, its conclusion — in which the president (Henry Fonda) has to agree to let Russia bomb NY — works so well because Lumet conveys the destruction through a few simple images:

I uploaded four scenes to supplement this blog post. The first two are from what I consider one of Lumet’s best NYC films, but probably one of the least well-known, Bye Bye Braverman (1968). The film is hardcore New York City stuff that still has a lot to say to folks from anywhere about middle age and its discontents. Here George Segal and Jack Warden discuss the death of their friend, who is the exact same age as they are. The film was based on a novel by Wallace Markfield and the script was by Steve Allen alum Herb Sargent. It is a delight:

The film was shot in Manhattan and Brooklyn, and is one of Lumet’s finest Valentines to the city. Here are the sequences that feature ace cinematographer Boris Kaufman capturing what parts of Brooklyn looked like in 1968. These moments are intoxicating and demonstrate Lumet’s love for NYC:

And to further the argument that Lumet was not just an NYC director, here is a very tense sequence from The Offence (1972). Sean Connery interrogates a child rapist and murderer, played by the ever-creepy Ian Bannen, whom I last namechecked in reference to his equally creepy (but amusing) performance in The Driver’s Seat with Elizabeth Taylor:

The film’s tour de force sequence is this encounter between Connery’s tightly-wound cop and his wife, played by Vivien Merchant. Sequences like this are a testament to Lumet’s talent with actors. They need to be seen:

excellent post. I want to see all of these films now!

I agree that BEFORE THE DEVIL KNOWS YOU'RE DEAD was a fine finale to an outstanding career, but his penultimate film (for theaters) wasn't GLORIA, it was FIND ME GUILTY.
And I kinda liked FAMILY BUSINESS.

I knew about FIND ME GUILTY when I wrote this, but haven't seen it. All the titles mentioned here I've seen, except for the ones I really didn't want to see, things like GLORIA. I think my comments stand -- it's great he rebounded back to the work he did best, and he didn't leave us after a sad assignment like GLORIA.