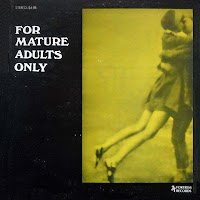 I’ve had a tradition for the past 17 years on the Funhouse TV show of being intentionally “blasphemous” by presenting Christian kitsch every Easter. This year, since my supply of 3K (krazy kristian kitsch) has reached a sort of temporary brick wall (I’m sure there will be more next year — the true believers never stop making the stuff!), I’m presenting a different sort of blasphemy — commenting on, and showing clips from, Jerry Springer: the Opera by composer Richard Thomas and Funhouse favorite Stewart Lee. It seemed only right, given the recent success of Thomas’ Anna Nicole Smith musical in London, and the fact that I’ve been moving through the careers of a few British humorists on the show, and previous episodes about Lee have gone over very well.

But I have not abandoned my Easter celebration of Xtian kitsch artifacts (crafted, of course, with very serious purposes in mind). Thus, I give to you two tracks (actually four, since the spoken word pieces are separate from the songs) from an extremely deadpan Xtian-themed album intended for teens called For Mature Adults Only (1968).

From the liner notes:

These were a few of the reactions of people when they heard about a show with teenagers entitled FOR MATURE ADULTS ONLY. You can thank a teenager for that title!

All of these improbable situations were part of the experiment in youth communication entitled FOR MATURE ADULTS ONLY. We wanted the teenager to be heard. So we collected poems, cries, prayers and words of teenagers across the country. We met kids like Debbie, Mike, Jan and their friends. Then we let them be heard and felt in this show.

The cries and songs of these kids are honest, simple and sometimes painful. They are for mature people, people who can feel the soul of youth and listen with love.

The show was first presented in the auditorium of Concordia Seminary, St. Louis in March, 1968. The response was so dramatic that the International Walther League [the Lutheran young people’s league — .ed] invited the cast to appear at its convention in August, 1968.

The album is charmingly naïve in its view of what was happening in 1968, and so I thought I’d upload what are surely the most extreme (read: extremely quaint… and amusing) tracks on the album, the ones concerning psychedelic trips (don’t these kids know the best trips are ones taken with Xt?) and the alienation of black teenagers.

Please enjoy, and spread these relics from the decade that remains "the gift that keeps on giving" (and giving and giving...). Pass these items on to your friends, and have a happy celebration of Easter, Passover, or whatever other commemoration of something mystical, magical, and very unlikely that you choose to celebrate. Roll away the stone!

Take a trip, ’cause Jesus changes everything. Robert Edwin sings the tune:

A black teen’s lament (with Broadway-style funk goin’ on). Don Hunter sings “Adam Was a Man”:

Thanks to Jim G. for yet another discovery.
Posted by Media Funhouse at 6:14 PM