This Deceased Ariste Tribute Will Self-Destruct in 5 Seconds: Peter Graves 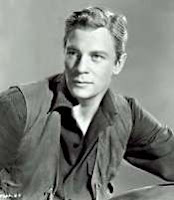 Peter Graves was a constant presence in the movies and TV from the Fifties onward. Although he probably was very few people’s idea of a “favorite actor,” he kept himself employed and was a perfectly fine host for items like Biography on the network that useta actually have Arts and Entertainment on it.

Graves stolid deadpan-heroic presence was best sent up by the man himself in Airplane!, where he formed a sort of Holy Quartet of Sincere Old Movie Actors with Robert Stack, Lloyd Bridges, and Leslie Nielsen. However, of that group, Graves was more of a TV star than a movie deity — sure, he was in dozens of movies, including masterpieces like Night of the Hunter and (key role for him) Stalag 17, but he was and forever will be known as a TV star, thanks to Mission: Impossible, several earlier Westerns (like Fury (seen above right), and Biography.

I draw your attention to one of Graves’ cooler movie appearances, as the good-guy lead in the shitkicker that was known as Bayou (1957) and Poor White Trash. Here he’s forced to fight the villain of the piece, the ever-awesome Timothy Carey as an angry Cajun. These were the days when men fought with hatchets in graveyards.