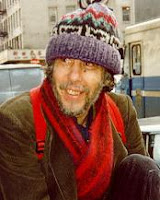 In a previous post, I detailed the joys of seeing two live tribute shows masterminded by producer extraordinaire Hal Willner. Willner has crafted a number of “songbook” shows for composers over the past decade, and has staged the majority of them for free (that’s right, no cash, no ticket) at various venues in NYC. The latest in the series had a high ticket price, but its purpose — to help legendary poet/mother-Fug Tuli Kupferberg pay for his outsized medical expenses — was certainly noble. And, in the process, Willner staged another marathon program that included a sublime mix of musical legends and “unknowns” that are supremely talented.

The show was held on January 22nd at St. Ann’s in Brooklyn (ooh… artsy!), and lasted a full three and a half hours without an intermission. The roster ran the gamut from stripped-down folk ensembles to sonic experimenters (or, as they would’ve been called a few years back, “reverb motherfuckers”). Willner’s propensity to dig deeply into the catalogue of the person he’s saluting proved eye-opening here, as the Fugs were certainly musical innovators, but hearing their music recited and played by people possessing gorgeous voices (and playing their instruments to perfection) lent a whole new dimension to the work done by Tuli, Ed Sanders, Ken Weaver, and the other band members four decades ago. Willner also “mixes it up,” so that a number of the unknown (to me) commodities — including White Magic, Jolie Holland, and Flutterbox — distinguished themselves quite beautifully in between old vets like Philip Glass and a sonic-noise combo of Lou Reed, Laurie Anderson, John Zorn, and Sarth Calhoun playing his laptop.

All in all, the show was a terrific revue-style (or is that variety show-like?) procession of top-notch talent paying tribute to Tuli’s work (a good account of the proceedings can be found on the my friend Carle's Station Sign blog). It’s hard to pick standouts, but one of the nicer surprises of the evening was former Del Fuego and current kid-entertainer Dan Zanes addressing the issue at hand, by performing the Fugs’ “River of Shit” (what a nice tune for the kiddies!) as a tribute to America’s rotten-as-fuck healthcare system. Zanes certainly tapped into the Fugs’ raw energy, but I’m sure that Old Man Kupferberg would’ve surely enjoyed “the ladies of Karen Black” (as they were called, Kembra Pfahler being the only recognizable figure) performing “Slum Goddesss of the Lower East Side” naked, clad only in their trademark primary-colored bodypaint (Tuli was never above a bit of carnal indulgence, as will be indicated below). The Fugs themselves performed twice, which gave one a bit of a nice chill up the spine, as NYC poetry legend Ed Sanders is still in fine voice (at the age of 70) and the group blazed on such fine vintage numbers as the psychedelic spoof “Crystal Liaison” and the theme song for this particular Willner show, Tuli’s terse, brilliant summation of Western Civilization in a few minutes, the anthemic “Nothing.”

The ensemble that seemed to capture the true anarchy found on the Fugs’ Sixties records was led by John S. Hall and Dogbowl of King Missile — I’d love to i.d. the other musicians, but the only downside of Willner’s mind-roastingly wonderful what-will-come-next? show-construction is that acts are announced once and once only (so if you miss the performer’s name, that’s essentially it, just enjoy their voice or playing). Hall and co. did high-energy versions of “Defeated” and “The Ten Commandments” with minimal instrumentation and copious amounts of histrionics. They reminded us all of how really strange and unusual the Fugs were in their day (and our own — do you think performers as un-photogenic and grubby, and brilliant, as Ed and Tuli could ever get on the pool of tedious mediocrity that is American Idol?).

Willner’s shows are truly unique events. At points they seem mildly disorganized, but the short-lived disorganization seems to stem from the fact that the backstage area is literally teeming with talented folks, and Willner seemingly wants to keep the show going all night – I still have a strong memory of performers on stage during his Neil Young tribute at Prospect Park getting the neck-cut “we gotta end the show” gesture, after three hours of great entertainment had been presented, and Hal apparently had even more wonderfully obscure Young tunes lined up.

So who is this Tuli fellow that the folks packed into St. Ann’s were cheering? You can check out his biography here, but suffice it to say that he’s (along with bandmate Sanders) one of the remaining Beat-poet pioneers and a consummate “commie” troublemaker. The Fugs are legends who can be sampled at various places on the Net, including their official site. For Manhattanites, it’s been our pleasure to see Tuli on Manhattan Neighborhood Network, the public-access organization that airs the Funhouse, for three decades now as host/producer of “Revolting News.” When YouTube became the most immediate mode of communication, Tuli wisely moved in on that too, and has posted a few hundred clips to YT and Daily Motion. Recently he suffered two strokes and is now blind and essentially housebound and in need of constant care. The “Nothing” benefit was held to raise money for his care, and wound up drawing attention to what a prolific guy he’s been over the past five decades, which was no surprise to those who’ve even sporadically followed his multi-media output.

A few clips have been posted from the show, including Jeffrey Lewis performing Tuli’s “And,” backed by the multi-instrumentalist, Holy Modal Rounder founder, and all-around joyful-noisemaker Peter Stampfel and his daughter:

Also from the Willner show, Gary Lucas performing a composition for Tuli:

To get a feel for what the Fugs did, here is a golden clip of them performing their psychedelic parody song (this written back in 1968), “Crystal Liaison” on Swedish TV:

Tuli’s clips on YouTube and Daily Motion are truly moving, because here is a gent who is now 86 and not at all healthy, but is totally with it mentally. He will not stop entertaining and enlightening us with his knowledge, his poetry, his aphorisms, and gags. Here he reads a poem from the early 1950s, “Snow Job”:

I highly recommend the clips uploaded by former Manhattan access host/producer Coca Crystal. Tuli guested on her show several times, and the clips can be found on YT. He does a version of the Calypso song ”Everybody Loves Saturday Night”. And here is a terrific version of an anti-nuke song done by Tuli as part of the “the Revolting Theater”:

Tuli has also been posting “Daily Perverbs” on YT, offering us quick jokes and silly puns. You gotta love the guy:

And a final sample (there are literally dozens of these quickies on YouTube, check ’em out):

Guesting on Coca again, doing the “parasong” “No Business Like War Business”

Tuli’s updating of Woody Guthrie’s classic, with a slightly more realistic tint, “This Land is Their Land.” This “parasong” was performed at the benefit by Penny Arcade, who couldn’t quite sing it on-key, but who cares?

And finally, Tuli peforming a song he claims is his favorite of the ones he has composed, “When I Was a Young Man”:

Tuli has a way with finales — he provided a closing video for the “Nothing” benefit that found him urging us all to have fun on the way home. “It may be later than you think!” The clip above also offers a very nice closer for this tribute to an exceptional poet and, yes, troublemaker: “What are ya gonna do about it? Don’t just sit there!”
Posted by Media Funhouse at 1:58 AM

Thanks for this great detailed review of the Tuli benefit, proving that a blogger can be more precise,detailed and right on than the commercial news media.
Now for an mp3 of 2 1/2 hours of the show (minus too spicy for broadcast material) . This was recorded by DJ David Nolan in the audience and broadcast on his WBAI show, "Morning Dew," despite lamentable prohibitions of audience recording, which is why there is so little video.

I am delighted to hear from Thelma who, if I'm not mistaken, has served as Tuli's "straight woman," interlocutor, and camera person for the wonderful series of YT videos shot in Chez Kupferberg. Thanks much for the link to the audio, Thelma, and thanks for your fine work on the videos!