Hal Willner, king of the summer freebie concerts in NYC 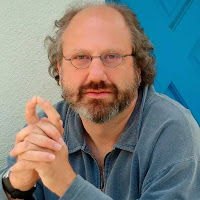 NYC in the summer is strictly unpleasant — sticky, muggy, humid and vastly over-priced. However… (as the living legend Professor Irwin is wont to say), it can be a sacred little locale for a few hours at select spots in the City, thanks to the free summer concerts series that occur around town.

For those who make a habit of attending these shows, the name Hal Willner looms larger than large: the celebrated record producer/musical guru puts on at least one blow-out musical marathon each year (three hours long!), and it is always a once-in-a-lifetime affair, crammed to capacity with (gasp) quality muzik. I know that Willner has put on these tribute concerts in other other cities (L.A., London, Sydney), but we have been particularly blessed to have played host to celebrations of uncommonly great tunesmiths, usually in the “Celebrate Brooklyn” series at Prospect Park.

This summer Willner put on two overstuffed concerts in the City. Although I am currently steeped in personal difficulties which I’m not going to get into now, I made sure to play “hooky” from the travails to see both shows, and am very glad I did. The first concert was a tribute to the work of Bill Withers. One’s first impulse is to say “Bill Withers?” Willner answered that question for three hours-plus on Saturday, presenting as he always does a simply gorgeous (no choice but to use Vin Scelsa’s favorite overused adjective) collection of vocal stylists singings Withers’ songs, making the argument that his work is worth exploring well beyond the mega-hits “Lean on Me” and “Ain’t No Sunshine…”

The show turned out to be a sort-of-milestone in Willner trib-history, as the guest of honor showed up, and proved to be a ham who misses being on stage (Withers quit the biz in the 1980s and hasn’t returned since). He’s also hesitant to sing again in public — although he spontaneously joined guitarist Cornell Dupree on a tuneful version of his “Grandma’s Hands,” he would not (repeat, would not) take the hint and join his daughter on the obvious duet set-up “Just the Two of Us” (his daughter obviously hoping for a pre-mortem variation on the Nat/Natalie Cole “Unforgettable” business). Check out Bill at his Seventies’ best for a minute:

The Withers show was a solid evening of terrific music and standout performances by both “name” performers and folks I’d never heard of. Willner’s shows thus serve not only as an exploration of the honoree’s work, but also provide a valuable first look for many of us at performers with killer voices (like the “gay Joe Cocker,” the amazing Antony). Heavily recommended is the close-up happy but musically exquisite concert pic Leonard Cohen: I'm Your Man, which shows one of the Willner tribute shows.

Last night I attended the second Willner show in five days, a tribute to jazz and pop record producer Joel Dorn. The show was an unusual one for a Willner presentation, as it was both a de facto memorial service, as Dorn died just a few months back, and it was a celebration of a man who never wrote the music he’s associated with. Willner has assembled tribute albums to Nino Rota, Kurt Weill, Disney music, and Mingus; his tribute concerts have saluted Doc Pomus (twice!), Leonard Cohen, Neil Young, et al.).

The fact that Dorn was a producer in fact made his tribute the most eclectic Willner show I’ve seen to date. The performances ranged from top-notch jazz (Jacob Fred’s Jazz Odyssey covering Rahsaan Roland Kirk, surprise guest Hugh Masekela) to doo-wop (The Persuasions’ “Ten Commandments of Love”) to ballad perfection (Roberta Flack doing the Dorn-produced classic “The First Time Ever (I Saw Your Face)”) to New Orleans gold (Dr. John tackling “April Showers”) to some guy playing a fuckin’ killer electric guitar rendition of the “Spiderman theme” (augmented with the Green Hornet’s bumblebee flight).

The performances were, dare I use the word again, killer. The nicest touches during the evening were moments in which we were played records produced by Dorn (Yusef Lateef’s “In a Spanish Town” conjured up happy memories for me of Buster Keaton; Aaron’s Neville’s “Mona Lisa” was broadcast from the near side of Heaven).

The Funhouse is all about juxtapositions, so I will note that Willner’s shows are chockfull of beauts, and the Dorn tribute had tucked away in it an absolute joy: a short-lived ’70s funk band, Black Heat, reunited to perform their one hit “No Time to Burn,” turning this mutha out, and then cabaret singer Jane Monheit offerd a flawless, emotional “Somewhere Over the Rainbow.” Some impresarios might’ve put the funk band after the cabaret babe, but Willner takes chances with the audience’s attention and commitment, and for this he deserves massive plaudits.

And when ya consider that you can’t even sit in the rafters of the Beacon or MSG these days for less than a hundred (and the tourist-trap theme restaurants provide a 20-dollar show for 50), the Willner musical lovefests are all the more remarkable.

The Dorn show ended with Les McCann reprising this 1969 gem, “Compared to What?”

Posted by Media Funhouse at 7:57 PM

I was at both of these concerts too and they were magical. Free summer concerts are about the best thing in my hometown. I live in Brooklyn and saw Issac Hayes, Smokey Robinson, Phoebe Snow and Richie Havens here this summer. All for free!