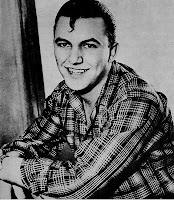 Last week reader “Jckinnick” brought to my attention the fact that Bobby Charles died. I will readily admit I didn’t recognize the name, but on further research I definitely knew the music. Charles was a Cajun rock ’n’ roll pioneer who jumpstarted the subgenre known as “swamp pop” as a performer, but who is best-known as a writer. He gave us “Walkin’ to New Orleans,” by the Fat Man (Mr. Domino) and “(I Don’t Know Why I Love You) But I Do.” His biggest hit as a tunesmith was this rock classic:

In digging into the Charles tunes that are readily available (where else? YouTube!), I found a bunch of really great traditional r’n’r, such as “Good Lovin’” (not the one the Rascals sang):

I’ve only heard about an album’s worth of Charles’ music, but my hands-down favorite has got to be “Take It Easy, Greasy”: 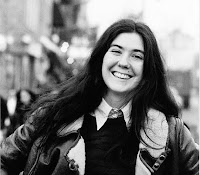 Charles died last week, and today’s music-obit news was about the passing of dyed-in-the-wool folkie Kate McGarrigle at 63. Of course best known as half of the the McGarrigle Sisters (not to be confused by old movie fans with “the Great McGonigle”) and as mom of Martha and Rufus Wainwright, Kate made some absolutely beautiful music, and here is a memorable sample, the song “Talk to Me of Mendocino”:

It was noted in Kate’s obits that she and Anna were first taught to play piano by nuns. It’s good to hear of some teaching nuns actually doing something productive.
Posted by Media Funhouse at 12:33 AM