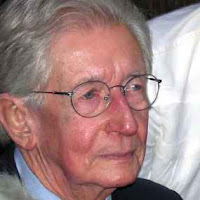 Robert Mulligan’s career is a bit of an enigma. A director who is best known for one film that occurred rather early in his career, To Kill a Mockingbird (1962), Mulligan evidenced a Bronx Irishman’s melancholy in his best pictures.

His career began in the fertile field of television drama in the 1950s. He made his directing debut with a film starring everyone’s favorite nervous actor, the late, great Anthony Perkins, Fear Strikes Out (1957). After he scored a genuine Oscar-certified hit with Mockingbird, he continued through the Sixties making films with the most charming male and female movie stars of the decade, Steve McQueen and Natalie Wood, and even cast them in a somewhat unlikely but still winning NYC romance, Love with the Proper Stranger (1963).

My own favorite from this period is the atmospheric and, yes, melancholy ode to teaching in the inner-city school system, Up the Down Staircase (1967) with another of the greatest “edgy” (in several senses of that word) actresses of the period, Sandy Dennis.

In the Seventies, Mulligan scored a major box-office hit with a rather sentimental bit of smarm, The Summer of ’42 (1972) and his career began to go off the rails a bit afterward. The films appeared sporadically, and by the final years he was essentially making Mockingbird-esque “lonely kids” movies like Clara’s Heart and his final pic, The Man in the Moon with the young Reese Witherspoon. 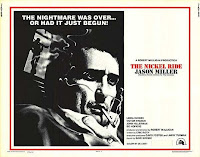 In the midst of the Seventies, though, Mulligan directed a film that has the tone of the time as it looks back to the classic film noir. The Nickel Ride (1975) features Jason Miller as a connected “key man” who runs various institutions owed by the mob in the sleazier portion of Los Angeles. Miller was a talented, forgotten performer (best known for, natch, The Exorcist) who wrote the play That Championship Season, and who seems to be one of Mulligan’s best alter-egos on screen. Miller was another Irishman who looked as if time had weighed heavily on him (he was only 35 when Nickel was shot, but looks much older), and who seemed as if, yes, the Irish scourge of “havin’ a few” had had some part in his life.

The film was never released on VHS, and has never shown up on DVD. I offer these two scenes to provide a bit of its flavor. I’m going to ignore the fact that the screenwriter who wrote this wonderful forgotten gem later on turned into a mainstream Hollywood scribe who gave us two “concept” pieces that were very popular and hold no interest at all for me….

In the first, we learn that our antihero had a past on the carny circuit:


And in the second, we see him confronted in his get-away mountain cabin by the man brought in by the mob to replace him, a cowboy hotshot played by the always wonderfully sleazy Bo Hopkins. The scene has the same tone as many in the work of Funhouse favorite Robert Altman, who took his cues from the greatest melancholic filmmaker of all, Ingmar Bergman:

Posted by Media Funhouse at 1:35 AM

This is a nice tribute to Mulligan, and the high praise for The Nickel Ride is splendid. But I disagree with you that Mulligan's career went downhill after the 1960's. In this tribute you've overlooked some essential titles, particularly The Stalking Moon (1968), The Other (1972) and Same Time, Next Year (1978).

Yes, he made films sporadically, but that's because, like Kubrick, he thought carefully about projects before selecting them. Even The Man in the Moon was a fitting return to form after a long hiatus; it has all of the danger and uncertainty of Mockingbird and his other great pictures--and not just the ones about children.