As a little update on my Deceased Artiste tribute to Zacherle, I wanted to briefly write about the memorial service held for him today at the Plaza Jewish Community Chapel (it was noted that Zach was actually a WASP, but the Chapel was very convenient to where he had lived for so long). It was a quiet but informal affair — it is rare indeed to walk into a funeral home and hear “Happy Halloween” and “Dinner With Drac” being played through loudspeakers.

The service was webcast and can be found for the next few days after this blog post appears at this URL on the Plaza website (which was not working properly when I wrote this, but perhaps will be able to be viewed in the coming hours). For those who are seeing this after the Webcast is down, or who simply would rather read about the proceedings, I offer the following review. 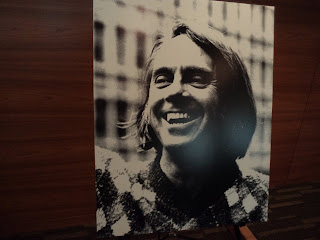 The actual memorial was short — in the vicinity of 30 minutes — but it was heartfelt and moving at points. There were five speakers. His close friends talked with much fondness about taking trips with Zach to Bear Mountain in his beat-up yellow VW convertible (which apparently worked so poorly it was a standing joke amongst his pals). The host, Jeff Samuels, spoke about Zach’s “wonderment at small things” and love of nature.

Both Jeff and David Chidekel spoke about the fun they had on those trips — when they’d be in the car listening to Pink Floyd and “doing things we can’t mention here.” (I’m presuming we’re talking pot.) It was noted that the 98-year-old Zach died as he had wanted to, at home amongst his stuff (don’t we all want that?) and that he was taken care of by five caregivers, who became an important part of his life in his final years, when he was suffering memory loss. 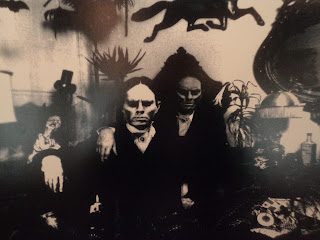 His neighbor Gene Dunham spoke affectionately about Zacherle the man, since he noted he hadn’t ever seen the “Cool Ghoul” in his prime. Gene and his husband also traveled with Zach, who frequently would simply show up on a nice day and ask if they’d like to take a drive. When they went on vacation, they wanted to bring him back keepsakes, but instead of tacky souvenirs (knowing his love of nature and oddities) they brought him rocks or stones from different countries. 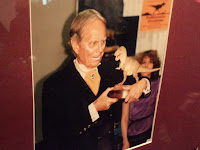 Zach’s collection of odd artifacts given to him by fans was mentioned more than once — he did keep all that stuff, except one rare American flag from the 1800s that his neighbors sold for him on eBay (it fetched $1,000!). Samuels noted that Zach had an odd kitchen — with a small bed and a TV in it, not for guests but so he could watch TV late at night (his shifts on radio found him returning home quite late) and not wake up his neighbors. Dunham also mentioned that Zach would talk about his past in show business and before — he served in the military during WWII in Italy and South Africa.

His niece Diane Hanson spoke about “Uncle John” and his joyful visits with his relatives, with whom he spent every holiday. The final speaker was Perri Chasen, who spoke quite briefly and beautifully about their relationship and the love she shared with him for 45 years. As a close to the service, she read a poem by George Santayana.

And, quite appropriately, at least one of the speakers closed out by saying farewell to Zach, “whatever you are!”
Posted by Media Funhouse at 4:25 PM