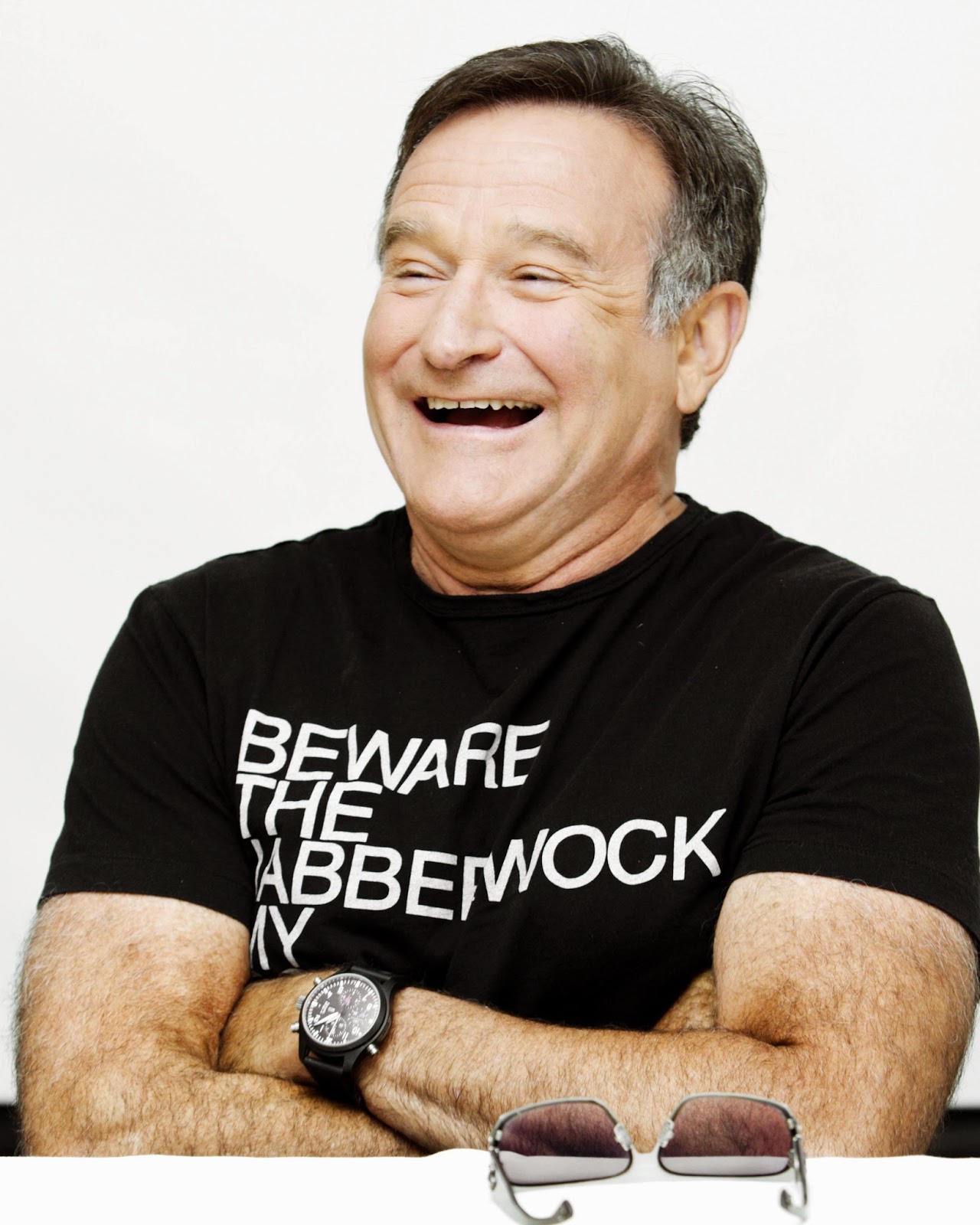 When Robin Williams burst on the scene, I was a young comedy fan who was ready to be blown away by his energy and insane verbal skills. My friends and I made a pilgrimage to the Unique Warehouse on Broadway in the NYU section of the Village (now ever-expanding…) to buy the suspenders that Robin wore on Mork and Mindy — yes, I was that big of a comedy geek and a fan for his frantic, hyper-kinetic mode of standup comedy.

I had two surprises lying in wait: the first was that Mork and Mindy came back for its second season and was really, really unfunny. I’ve only seen a few shows descend in quality that quickly, and in those cases it was because key writers or entire writing staffs were replaced (Mary Hartman, Mary Hartman; In Living Color). The damned thing just was nearly impossible to sit through. The writing seemed different, but also the “costar” was now the full-out star, new characters were introduced that dragged the show down, and the kooky sense of humor that punctuated the show was now wall-to-wall, except when mawkish messages were being imparted.

The second surprise was the better one, and the reason I’m writing this blog entry. It also led to me retaining an interest in Williams’ work, even when I wasn’t a fan of his standup anymore (by the early Eighties, it had become a mess of coke-fueled hyper-energy that couldn’t help but wear down the viewer).

The surprise was The World According to Garp (1982), in which super-mega-hyper Robin was quiet, gentle, and gave an incredibly moving performance. It didn’t hurt that George Roy Hill was a wildly underrated director whose adaptations of novels made you want to read the books his films were based on — surely a triumph for any director.

It was a revelation to see Williams give such a grounded, rational, human performance in Garp that I realized I’d have to keep track of what he did as an actor in the movies. This was, mind you, just at the point when for me his standup became unendurably manic — there is no trace of it online, but he was nothing less than obnoxious on a 1988 cable special called An All-Star Toast to the Improv.

On that special six comedians sit on stools, and each does his act in turn. Four of the other comedians — Robert Klein, Richard Lewis, Paul Rodriguez, and Billy Crystal — have their sets ruined by Robin, who seems clearly coked outta his brain (I know, I know — he said he was clean as a whistle after '83, but he really does seem to be on *something*, if only caffeine, on the Improv special). He does physical humor (he did have a predilection for dick jokes) and shouts out lines while the other comedians are on.

Thankfully, Martin Mull acknowledged the situation directly by saying “I don’t blame you, Robin — I blame the man who gave you the shot backstage.” He also pointed to Robin while he was ad-libbing on his stool and declared “here is where your March of Dimes dollars go, folks….”

So, while Robin’s comedy act was turning aggressive, obnoxious, and — the single best word for a lot of his hyperactive behavior — desperate, his acting showed him to be an artist and entertainer capable of nuance and depth. (His TV interviews found him bouncing between the two poles, but constantly returning to “hyper”-land.)

There were both good and bad films in the Eighties and Nineties, peaks and lows in his work. Since he died, much emphasis has been put on the period in which he was fully sober — 1983–2003 — and I find it interesting that he did a lot of his best work during this period, but fell into a ditch of really lousy movies after he fell off the wagon. He also started making the kind of really mawkish family-friendly dramas that became one of his lamest (and laziest, given his talent) legacies. 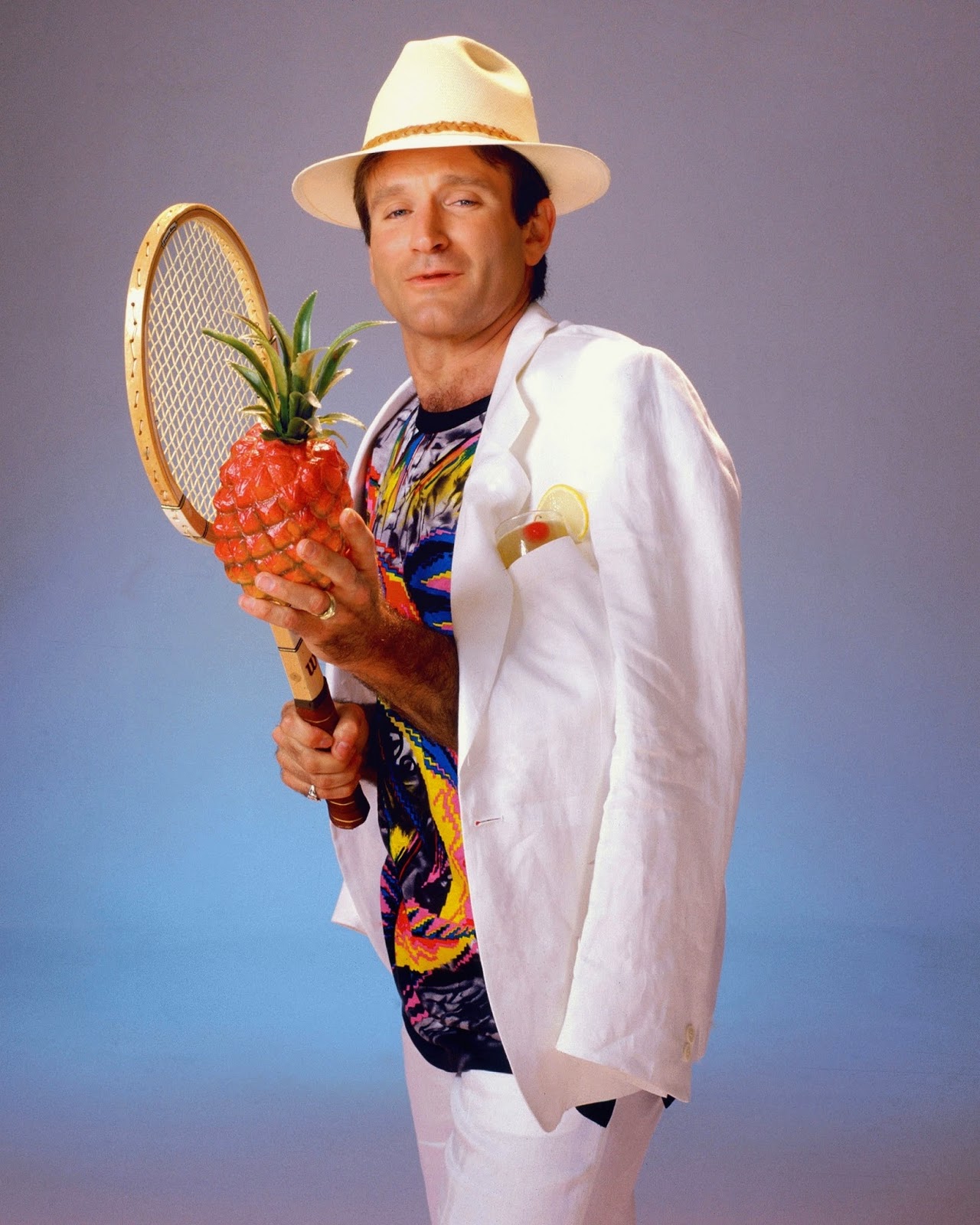 Clearly he was a compulsive workaholic who gave everything (including his health and, at times, his sanity) to both his standup and his acting. The problem clearly became that he was working in too many movies — starring in some, doing voices-work for others, and making guest-star appearances in a whole other batch of films.

In one of the most interesting, and saddest, interviews he did back in 2009 for The Guardian, he acknowledged this fact: "In one two-year period I made eight movies. At one point the joke was that there's a movie out without you in it. You have this idea that you'd better keep working otherwise people will forget. And that was dangerous. And then you realize, no, actually if you take a break people might be more interested in you.”

So what I want to do here is celebrate his great movie work, which unfortunately got buried in amongst the bad comedies and dramas, his heart-tugging family stuff, the many cartoons, the guest-starring silliness, and the many, many (many!) movies Robin made over the past three decades.

Unfortunately the 10-15 most brilliant of his films nearly got buried under an avalanche of mediocrities, and the critically lauded films we were supposed love, like Good Morning, Vietnam, Dead Poets Society, Good Will Hunting, and, god forbid, The Birdcage — the first three are very good movies, but have been lionized ad infinitum.

Before I commence in salutin’, I should of course address the nature of his death and how, very sadly, it will color the way his work is viewed from this point on (except to children, who will watch his kiddie stuff without knowing he’s the “sad clown who killed himself”). I discussed the Internet-as-kangaroo-court in my piece on Philip Seymour Hoffman — who coincidentally appeared with Robin in one of the ones I haven’t yet brought myself to watch, Patch Adams (the kind of a film that Jerry Lewis no doubt would’ve died to have made in his “Total Filmmaker” phase). 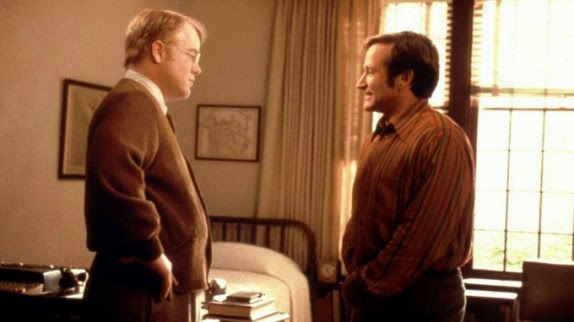 Reaction to Philip Seymour’s death included a great degree of Internet anger (read: self-righteous indignation from a person who won’t sign his own name) against him for having “abandoned” his kids. Robin, too, had three children he left behind, but perhaps it was that Williams was a constant presence in everyone’s life for three decades (read: his sudden death inspired memories of our youth watching him on TV and onscreen).

Perhaps it was also that Williams’ suicide was indeed a suicide, decisively, and was caused by depression. Whatever the case was, there seemed to be far fewer idiots coming down on him for having done something “bad” — Shephard Smith and Rush Limbaugh being two of the major exceptions.

What links the two together (besides, god fucking forbid, Patch Adams) is that both were haunted men and that fed into their performances. Philip Seymour was a chameleon who could work at any level (starring, supporting, cameo) in a film, whereas Robin began his film career (with Altman's Popeye) as a star performer and stayed at that level for the next three decades — even when he was giving a thoroughly genuine subdued performance, as in Garp or Awakenings, he took centerstage, if only because he had star billing and the lion’s share of screen time.

There also was a rush of surprise surrounding Robin’s death, since most people instantly identified him with his comedy persona: boundless energy, constant invention, different voices for each idea. That side of him did wear me down — as has been the case with every high-energy comedian, it’s a case of love ‘em or leave ‘em. 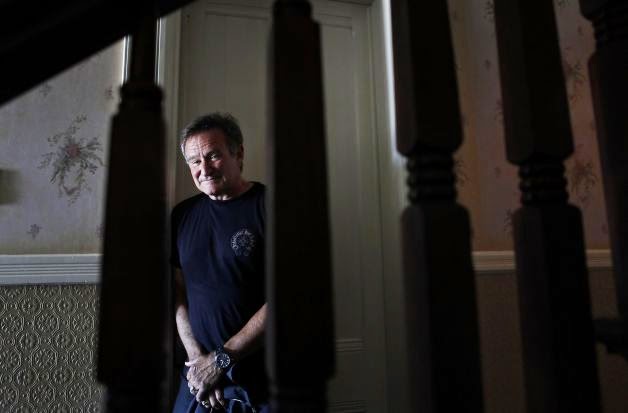 Those who were familiar with his best moments as an actor immediately flashed on the most touching moments where, inevitably, his characters confronted death, from Garp to What Dreams May Come (1998) to the great dark comedy World’s Greatest Dad (2009). He battled depression for many years, and that came through in his best performances (as with Philip Seymour). To be able to deliver such moments of truth, one has to tap into the saddest parts of one’s existence.

Robin’s utterly eager/somewhat desperate comic persona betrayed some of the sadness (if only because he was constantly trying to make people laugh, almost compulsively), whereas his acting utilized the sadness and then — based on the competence of the scripter in question — overcame it.

Coming up in part two: a “hit list” of Williams' best performances that does not include the box-office sensations (and the Oscar winner).
Posted by Media Funhouse at 11:35 PM