For Philip Seymour Hoffman, patron saint of losers, on his birthday 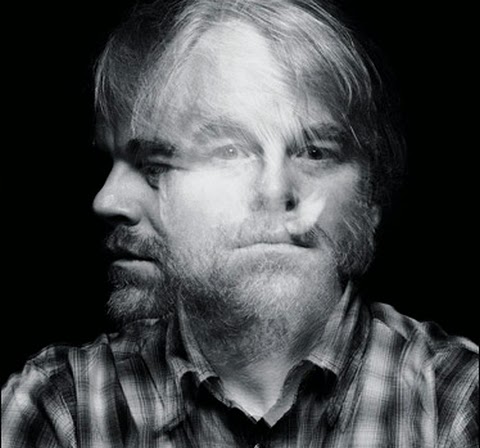 Today Philip Seymour Hoffman would’ve been 47 years old. His loss is still acutely felt among those of us who admired his work, especially since we are running out of “final film” releases — the next two Hunger Games installments he appears in are the only items yet to come out (and those, I think it is safe to say, are not “must-see” viewing for those looking to get a final dose of his superb acting skills).

I chose not to write about Philip Seymour right after his death, because there was just so much being written about him already and because there were a number of his films I wanted to rewatch or check out for the first time. I wound up watching about 15 of his films in the ensuing weeks, yet still never wrote about him because I wanted to be removed in time from the initial outcry over the manner of his death (more on that below) and because the emotional impact of seeing his best films in a short span of time was indeed overwhelming.

From his first movie roles, he established himself as a topflight character actor who melted into the characters he was playing. Thus I thought “this Hoffman guy” was pretty sleazy and unpleasant after seeing him in Boogie Nights (1997) and Happiness (1998). It took a few years for me to realize he was just a consummate chameleon who was capable playing a wide variety of roles, most of which were broadly sympathetic. (The initial sign for me that he was not just a "creepy" character actor was David Mamet's State and Main in 2000).

He played charismatic leaders and artists beautifully, as in Capote (2005) and The Master (2012), but his most indelible performances always seemed to be as losers, outcasts, and schlemiels. Once he was able to command big salaries for appearing in blockbusters (Red Dragon, Mission: Impossible III), he continued to also take featured or starring parts in films that were virtually guaranteed to fail at the box office but were well-scripted character studies that were worthy of his time (and worthy of your viewing).

So, yeah, he appeared in a number of films that were multiplex-friendly mulch, but when he appeared in a good character study, it was usually pretty damned good, or at least had some memorably moving sequences. To cite just four titles that fit this bill and have stayed with me heavily since I saw them, I will spotlight Love Liza (2002), The Savages (2007), Sidney Lumet's terrific crime drama Before the Devil Knows You’re Dead (also 2007), and Jack Goes Boating (2010), which was also the only feature he directed.

Following the news of Hoffman's death came a slew of condemnations of the man, with many private citizens (read: anonymous Internet nobodies) and low-level show-biz personalities weighting in on his overdose. The result was, as N.Y. Post columnist Sara Stewart accurately phrased it, an “Internet outrage factory” in which people tried to outdo each other condemning Philip Seymour for his “selfishness” in having had a drug problem when he also happened to have children.

This was infuriating and very telling, a reflection of our child-centric society that sounded as if people who were parents were in some sense not only furious at Hoffman for having “ignored” his children (these morally outraged souls have a very simplistic – more like moronic – views of addiction), but they were in fact also jealous that he got out of this existence without having to personally raise his children. The moral outrage, in essence, said more about the loud-mouths on the Internet than it did about Philip Seymour.

The Internet is nothing if not a kangaroo court made up of some of the dumbest judges imaginable. The condemnation of Hoffman ignored the fact that his addiction was clearly an extension of depression, and that both were linked to his creativity. The evidence is not just in the interviews he did, but also in the performances he gave. He touched chords that many actors can't reach – he wasn't a matinee idol to begin with, but he never shied away from altering his appearance for the worse if it benefited a performance.

He depicted suffering beautifully, but even more impressive was that he depicted people who lived with bad choices on a daily basis. It's easy to sit in judgment of such people – why can't they get their shit together? – but he offered a window onto these characters' lives that suggested that they wanted better things for themselves and those around them but were, well... misfits, schlemiels, and losers.

Whenever anyone dies at a younger age, the pundits lament “what might have been.” What's important here is that we did have Philip Seymour around acting at full blast for 23 years straight. Some of the films might be multiplex fodder or works in which his performance is the most interesting thing, hands down (among them Flawless [at right] and the otherwise unwatchable Along Came Polly; even he and a great Sixties music score can’t save Pirate Radio).

When a performer is that intense while depicting the losers and misfits, it naturally follows that they are tapping into some internal emotion. It was noted in a few obits that he fell “off the wagon” in 2012 while doing Death of a Salesman on Broadway. One could easily understand how the pressure of working on such sad, heartfelt material on both screen and stage would affect him emotionally and find him reverting back to bad habits he shed after college. 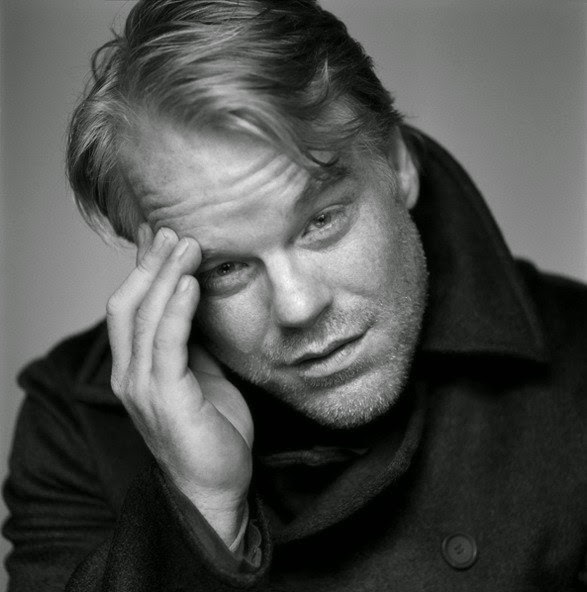 This interview from 60 Minutes is perhaps the most interesting, most intense TV talk with Hoffman. He stresses that he prefers people to remember his characters rather than him and that he doesn’t want his private life to be projected upon his acting.

He reflects on his Oscar-winning turn in Capote and how he became utterly obsessed with the part, but was able to shed Truman the minute the shoot was over. Because of a stray comment he makes — that he would probably only revert to doing his Capote impression if he went back to drinking — the interviewer asks him about his addictions.

He notes that in college he took “anything I could get my hands on,” but that he checked into rehab at 22 so that he could move on with his acting. The picture one gets of Hoffman from his interviews is that he was a consummate professional whose level of dedication — and yes, obsession — fueled his work.


A very young- and really wholesome-looking Philip Seymour waxes rhapsodic about Magnolia (1999). He speaks about how he is blessed thus far to have worked with such great actors:


I’ve talked before on this blog about my undying admiration for Lester Bangs. Hoffman didn’t look or sound like him, but he incarnated him beautifully in Almost Famous (2000). He found the essence of Bangs and honored Lester’s legacy with his performance:


The best-remembered bit of PSH as Bangs, talking about the blessings of not being cool:


A very strange and entertaining scene from a very strange movie, Punch Drunk Love (2002), the one film starring Adam Sandler that I can stomach. Here Sandler argues on the phone with a totally insane Philip Seymour, to the backdrop of a very unconventional musical score. Never let it be said that Philip Seymour didn’t know how to play comedy (and say the word “fuck” with much confidence):


There were many “best of” clip reels made after Philip Seymour’s death showing his finest moments as an actor. This montage is one of the best because it was clearly made by a diehard fan who wanted to show the range of Hoffman’s “creepiness” onscreen.

It also shows why it was difficult for casual viewers to recognize him from movie to movie, even though he rarely changed his appearance all that much. Without further ado, the “creepy, pervy” side of Philip Seymour:


One of the films starring Philip Seymour that affected me the most was The Savages, a very funny and yet painfully realistic account of two siblings (Hoffman and Laura Linney) trying to find a care facility for their demented dad. Like most art based on daily experience, it lingers with you a long time after viewing it:

Another extremely moving work is Love Liza, conscripted by Philip Seymour’s brother Gordy. PSH stars as a man whose wife has committed suicide, but who left him a note before her death, a note he does not want to read.

He escapes reading the letter in various ways, including huffing gasoline. The film is a wonderfully crafted comedy drama that can be seen here in its entirety. Here are two scenes from the film:


Given the manner of his death, the single most haunting scene to revisit is this heroin interlude from Sidney Lumet’s masterful Before The Devil Knows You're Dead. One gets the impression that the feeling of alienation that Hoffman’s character feels here is what drove him to the drug in real life.

But, just remember, he was completely sober at the moment he made this film (2007) and he’s only playing a character. Or was he?


On the lighter side, a pleasant, often silly interview with Craig Ferguson about his debut as a director, Jack Goes Boating:


His only film as a director, Jack Goes Boating is a perfect “small movie,” a character study that makes the viewer instantly identify with its leads. Sure, the plot becomes a modern update on Who’s Afraid of Virginia Woolf? in its last third, but the sequences featuring the awkward, heartbreaking romance between Hoffman’s lunkheaded character and Amy Ryan’s introverted wall flower are gorgeous, as can be seen here.

As moviegoers we do miss Philip Seymour incredibly, knowing that, in spite of the Hunger Games mainstream crap, he kept coming back to small films like Love Liza, The Savages, and Jack Goes Boating. It’s a damned shame there won’t be any more small gems like these, but we do have a few dozen indelible performances from 23 years of sublime acting.


Note: Some of the images in this piece came from the Tumblr “Fuck Yeah Philip Seymour Hoffman.”
Posted by Media Funhouse at 6:42 PM