Sex is the ultimate red herring in Lars von Trier’s masterfully cruel and compassionate Nymphomaniac, which is now available for “complete” viewing (read: the second half, dubbed Volume Two, is now in release). The real subjects of the film are depression and storytelling. The first informs the sequences in which our heroine Joe (Charlotte Gainsbourg) is degrading herself in the pursuit of release; the second is reflected in the film’s “Scheherazade” structure, in which said heroine recounts her life story to Seligman (Stellan Skarsgard), a sympathetic, know-it-all Swede.

Although many pieces written about the film have, naturally enough, focused on the sex sequences, the storytelling frame device is key to understanding and enjoying the film (yes, the latter is possible), as they are reflections of von Trier’s pitch-black humor and his literary (modernist literary, that is) approach to telling a tale. The grimness of Joe’s story is counterpointed by the fact that her audience keeps interrupting (“this was one of your weakest digressions,” she informs him at one point) and that she is an entirely unreliable narrator.

This last notion, that of the “unreliable narrator,” is a cornerstone of Nymphomaniac that leavens the film and allow us to gain some distance from the severity of the sex sequences, many of which are moments of self-destruction rather than fulfillment. Normally we accept stories told in a film as being “true” (willing suspension of disbelief and all that) — here, in Volume One, Joe is interrupted at one key point by Seligman, who notes that there is a ridiculous coincidence in her story — thus causing us to wonder if she’s been embellishing, or if her tale is mostly fantasy.

The uncertainty that arises from the storytelling sequences make the film’s “extreme” moments even more effective, since we realize that the crazier the event, the more possible it is that Joe is making it all up. The two best examples of this are perhaps the most extreme sequences in the film, a humorous set-piece and Joe's most severe S&M moment.

The most humorous sequence – besides an amusing piece of physical comedy inspired by an old Harpo Marx routine – is the sequence where Joe and her married bedmate “Mr. H” are confronted by “Mrs. H” (Uma Thurman), a vengeful and oh-so-melodramatic wife. The sequence is beautifully played by Thurman, whose character says she doesn't want to cause any trouble, but that's exactly what she proceeds to do – humiliating her husband by dragging the children in to react to the fact that Daddy's leaving them, and assuring her husband and Joe (who does not want to become emotionally involved with H) that she will be just fine now that her husband has deserted her.

von Trier's critics accuse him of being “pretentious” because he often deals with angst and utilizes a bleak but exquisite visual style inspired by Tarkovsky (who is thanked in the credits here). These critics are mostly uncomfortable with von Trier's laser-like focus on the sort of odd behavior that depression provokes; what they overlook (or, more accurately, ignore) is the big amount of humor that appears in his films.

It thus makes perfect sense for the “Mrs. H” sequence to appear in a seemingly “bleak” film like Nymphomaniac because von Trier has been honing his dark, odd sense of humor since his breakout feature The Element of Crime (1984) and his superbly absurd horror TV miniseries The Kingdom (1994).

He has only made one film that is an out-and-out comedy (The Boss of It All, 2006), but his most peculiar film, the Dogma-inspired The Idiots (1998), contains a good deal of awkwardly humorous moments. Melancholia (2011) remains one of his most effective works because he brings the viewer into the world of Dunst and Gainsbourg's characters with the broad comedy contained in the first half of the film.

In Nymphomaniac, Joe's sex addiction is so obsessive and self-destructive that von Trier clearly wanted us to both feel for her and to move outside her dilemma to see how truly bizarre her life has become – this is stretched in the film's final “act,” in which she becomes a story-telling debt collector for a wealthy criminal (Willem Dafoe). At that point the intensity of Gainsbourg's performance is what keeps the film from falling apart.

While the “Mrs H” sequence is one of the key moments in Volume One of the film, the most important moment in Volume Two is definitely the sequence where she is worked over by a violent gentleman (“K,” played by Jamie Bell) who conducts brutal sessions with submissive women.

Joe becomes addicted to the sessions and finally has her “ultimate” encounter with this gentleman when she is able to get herself off while he beats her (thus breaking his rule that sex should have no part in the sessions). The sequence is shot as a pretty standard moment of R-rated S&M, but, again, Gainsbourg's performance is so intense that we feel both her shame and humiliation, and the illicit turn-on she's getting from achieving something she has been formally “denied.”

The scene is without a doubt the most intense in the film, as it currently exists in its four-hour, two-part form (the “director's cut” running five-and-a-half hours will supposedly be released in the months to come). It successfully makes the viewer flinch, although Gainsbourg's narration and her release serve to remind us of the artifice that von Trier has introduced, the notion that this could merely be Joe's fantasy – the only thing that we know is absolutely true are the bruises on her face and body from a beating she suffered before Seligman found her in the courtyard adjacent to his apartment building.

Gainsbourg's thoroughly committed performance is indeed the glue that holds the film together. Like his heroes Bergman and Fassbinder, von Trier has given many of his lead actresses career-defining roles. Gainsbourg has gotten three such roles, all of which seem to be (if Charlotte's interviews are to be believed) manifestations of his own neurotic, anxious, depressed personality.

She is absolutely fearless in Nymphomaniac, imbuing Joe with an aching loneliness and a suicidal urge that makes her come to life. She's a person we can feel sympathy for, while we become increasingly disturbed by her extreme behavior. Gainsbourg's “posh” British accent makes Joe even more of an enigma – a woman with a ladylike demeanor and voice who wants men to hurt, fuck, and/or abuse her (with the exception of her true love, played by Shia LaBeouf).

The film is not an “easy view,” but von Trier's work is always demanding and always worth the attention. Here he has assembled a terrific cast who lend dimension to their roles, whether briefly seen and vaguely scripted (Dafoe) or featured prominently but intended as a “reflection” of our lead character (Stacy Martin, who plays the “jail bait” Joe). 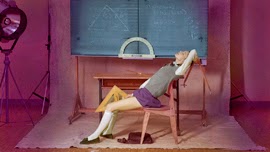 As for the scenes that are missing from the Volume One/Volume Two version: one can clearly see where a few of the edits were made. Sex scenes are about to occur and then don't, or conclude so quickly that one wonders why they are present at all (as with a scene where Joe has sex with two African men, which is led up to for several minutes and then ends summarily).

What is particularly enjoyable about the “Volumes” version of the film is that editors Molly Marlene Stensgaard and Morten Hojbjerg chose to leave in most of Joe and Seligman's tangential conversations (about sin, anti-Semitism/anti-Zionism, PC language, and the double standard that rules women's sexuality), which don't “advance the plot” in any conventional way.

When one looks at the film's structure, though, it becomes apparent that these dialogues are the plot, just as much as any of Joe's memories. These tangents punctuate and sometimes blatantly interrupt her story, lending it balance and making Seligman a surrogate for the viewer. (How often have you seen a film where a character coincidentally bumps into the most important person in their life and wanted to note how truly unbelievable that is?) 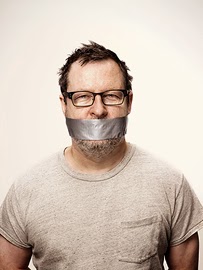 It's hard to imagine what von Trier will do now that his “Charlotte trilogy” is over. One thing is certain: each of the films is a stylized masterwork that is both deeply disturbing and oddly, brazenly playful. In making the films, von Trier might have exposed much of his own darker side, but he has also provided Gainsbourg with the opportunity to show that she is one of the finest (and, again, most fearless) actresses around.
*****


The film's trailer, the one that is littered with review quotes on it. It's been considered “dirty” and has been labeled adult matter by YouTube (American companies pride themselves on their prudishness):


Lars hasn't been doing interviews for the film because of the “Nazi” problem at Cannes a few years back. Some of his older interviews are instructive, though, as is this one, where he talked about the film before he had shot it (audio only). He emphasizes that de Sade put a “lot of talk” in between his sex scenes:


Bonus clips: Lars in happier times, doing a music-video (!) for his film The Idiots.

A stunning little music-video made for The Kingdom in which Lars helps demonstrate the medical dance "The Shiver." If you think he's strange now, he was much stranger before:

Surely an odd cure for depression: the Rammstein song "Fuhre Mich," as heard in Nymphomaniac, Volume One:

Posted by Media Funhouse at 4:37 PM