How *not* to make a star out of a killer: a timeless segment from Charlie Brooker's “Newswipe”

The best political humor is also pungent social commentary. This clip from the British humorist-columnist Charlie Brooker's razor-sharp series Newswipe from 2009 finds Brooker discussing a recent incident in which a German teen perpetrated a mass shooting at a school.

Brooker's programs analyze the media (news programs in particular), with him making sarcastic comments from the sanctity of his living room – the ultimate revenge of the couch potato. The object of his shows is certainly to make fun of media coverage of major news stories, but he's willing to sacrifice the jokes to make serious points, as he did in this instance. 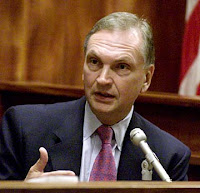 Here he intercuts sensationalist footage from 24-hour news channels with an extremely pointed interview with Dr. Park Dietz, the forensic psychiatrist who has testified at several major murder trials, concerning the ways in which the mass media can cover mass shootings and NOT inspire similar incidents in the future.

The things he says may seem obvious to most of us sentient humans – do not do 24/7 coverage of the incident, do not make the body count the lead story, do not make the killer an antihero – but it does serve as a short list of the ways in which news nets do help perpetuate this cycle of violence. 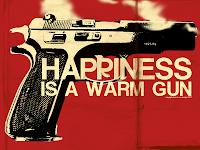 Even the left-leaning networks that decry the violence and are seemingly in favor of gun control, like MSNBC, were doing “wall to wall coverage” of the Connecticut shooting yesterday, when there was absolutely no new news to report – in so doing they helped spread false info about the identity of the killer.

The clip speaks for itself, and sadly will be topical for a long time to come:

Posted by Media Funhouse at 5:39 PM