It's everywhere this time of year – Christmas music that is. As I write this, only 24 hours remain until the holiday is here and then it's GONE, so I will get straight to the point – if you are looking for non-brain-damaged, unfamiliar Yuletide- (and Solstice-)themed music, songs with a brain, a heart, and in many cases, a “demented” soul, look no further than the following four recommendations.


First of all, there is the sublimely strange melange of music served up by the DJ known as KBC on his “Bitslap” podcast. His themed episodes are all wonderful, but one of his specialties is uncovering VERY rare and often uniquely oddball Xmas music. So feast on the offerings available on his podcast, found here. As of today he has four current Xmas shows and a number of items from years past.

Now we move on to the music-videos of three tunes I really do love, for different reasons. The first is a non-mawkish but beautifully sentimental item composed and performed by the Australian musical comedian Tim Minchin. Tim is an atheist whose Xmas tune celebrates the holiday from a secular perspective, arguing that the real crux of the season is being with family and friends. It's a smart and sweet tune. 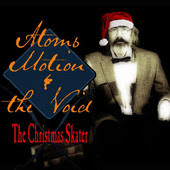 On to the seasonal cheer. I've written a few times before on this blog about Sherwin Sleeves, the brainchild of writer-performer Sean Hurley. Sherwin is a man of many talents and a sublimely gravely voice. That voice has been featured in two very wonderful Xmas stories, the first being “The Christmas Skater,” a beautifully written piece of radio that can be heard here. 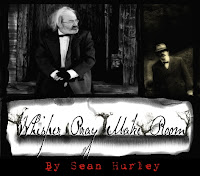 The second seasonal adventure is one that I have just listened to today for the first time. It is the innovative, award-winning play Whisper, Pray, Make Room, which finds Sean as a modern-day Scrooge who happens to work as a talk-radio host. The "ghosts" reach him in the voice of his callers. As I've noted before on these pages, Hurley is a really top-notch writer whose works are true Internet treasures. Check out his terrific "radio theater" stories with Sleeves at his Atoms, Motion and the Void site.


Oh, and here is Sleeves' extremely catchy Xmas tune, which appears at the end of Whisper... (but was written before the play was created). It's short and is worthy of repeat plays.

And finally a song that belongs not to Xmas, but to the original holiday that occurred around this time of year, the Solstice. Singer-songwriter Andy Ditzler's tune is a wonderful earworm with a chorus that's catchy as hell. The reason I recommend it heartily is not only that the song is upbeat and joyous, but because Ditzler was lucky enough to have an underground legend, Funhouse favorite George Kuchar, shoot his music-video.

Funhouse viewers and readers of this blog will know that I LOVE George's work (and that of his brother Mike), and this music-vid (shot while George was teaching at the San Franciso Art Institute) has some imagery that only he could've come up with. Santa, dinosaurs, and Halloween decorations – the nine-year-old in me cheers.

Speaking of those of other faiths, if you'd like to hear three novelty Xmas items recorded by Jewish comics (Jerry Lewis, Marty Feldman, and Albert Brooks), then check out my Xmas-music entry from last year.
Posted by Media Funhouse at 1:22 PM