“Tears on my Pillow and Ave Maria”: Dean Friedman’s “Ariel” 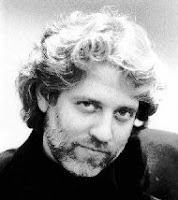 Sometimes the mere mention of a song title will do it. I was moving through the threaded forums I visit that cover topics related to nostalgia, obscurantia, tangentia, whatever you want to call it, and saw a mention of Dean Friedman’s 1977 song “Ariel.” It’s a tune I haven’t heard in two decades (easy!), and that last listen was most likely to an audio recording I made off the radio.

Friedman seems to have a solid web presence with his official website, which is great, as the fellow is talented and quite singular. He appeared on the scene when singer-songwriters were still having top 40 hits (without having to be country-pop hybrids) and has maintained a cult following over here and in the U.K. In fact one of the more welcome discoveries on YouTube is a guest appearance he made on the much-missed The Kenny Everett Show:

In the U.S. Friedman is best known to folks of a certain age (oh, how coy the phrase…) who remember “Ariel” or his other hit, a duet with Denise Marsa called “Lucky Stars” that was evidently a massive success over in the U.K. I hadn’t heard this tune in a good three decades until the other day, but I know certain lines by heart because it is the most Broadway-sounding song that didn’t come from a Broadway musical — it in fact sounds like a pop-single variation of some of the “conversational” songs from Sondheim’s Company. Friedman succeeds in having a chorus made up of one very long but memorable sentence (“And we can thank our lucky stars/that we’re not as bright as we like to think we are…”):

In case you need a little “snapshot of a life,” check out the YT commenter on the above video who notes that he “was on the way to solicitors to get a divorce from my wife — this came on the radio and I couldn't go through with it.” A moving commentary on the healing power of Seventies pop music!

Friedman also writes catchy songs with food themes, as with “Deli”
and the tune of his that has seemingly been covered the most, “McDonald’s Girl” (which I don’t remember hearing at the time it came out). Here’s a pretty tune he performed on Top of the Pops called “Lydia”:

In researching Friedman for this piece, I found that he’s still recording and performing, has a load of loyal fans in England and Scotland, wrote influential books on synthesizers in the Eighties, has designed video games, and, most memorably for a late-night TV addict like myself, is rumored to be the voice singing in this commercial (I think it doesn't sound a thing like him, but hey, it's nice to include the link since I haven't seen this ad for 32 years!):

No word on whether he wrote the above jingle, but he is seen singing it in a different version here. 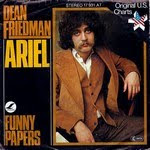 But onto the song that triggered this musing. “Ariel” is a tune that will probably seem trifling to naysayers, but it is deeply loved by those of us who can’t forget it. Why? Well, it boasts a humble-as-hell lyric about a hesitant guy falling for a Jewish girl (that fact was edited out by the record label, according to Friedman’s site, to get the single more airplay in the South!) wearing a peasant blouse, looking for contributions to the “Friends of BAI” (meaning the NYC Pacifica institution WBAI).

The song references Friedman’s home state of N.J. and is distinguished by his high-pitched warbling on the chorus. The song went to number 20 on the American charts back in 1977, but it has remained charming, catchy, and damned winsome for the last 33 years….

A crafty editor’s public-domain movie visualization of the song can be seen here.
Posted by Media Funhouse at 6:02 PM

"McDonald's Girl" was covered early in their career (before their first album, I believe) by Barenaked Ladise, and got a lot air play on Toronto's late, lamented CFNY-FM, the station that gave them their first exposure (now sadly an "Edge" format station).