He wasn't fond of them, but here they are: Robert Altman's Scopitones! 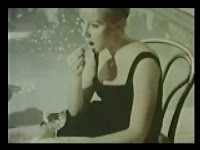 Ranking right up there with “Uncle Jean” in my personal Pantheon of filmmakers is the ultimate American maverick, Robert Altman. I only encountered the gentleman in person three times, all extremely brief. He was very, very sick (but nobody knew it) in the last instance, when he made his final public appearance in NYC with Garrison Keillor at the Museum of TV and Radio. Thus, he looked extremely cranky when ensconced in a chair in the “green room” area where he was supposed to meet and talk with press.

On the first occasion, however, at a book signing/promotional event for Short Cuts, he was in fine form, and I wound up asking him if he would ever think of releasing his short films, which included things he lent out to the Museum of the Moving Image in Astoria for a comprehensive Altman retro (Pot au feu, The Katherine Reed Story, etc.). He said they weren’t very good and, no, he didn’t really want them to be released on a laser disc (this tells you how far back this was).

In the case of one of them, a Scopitone called “The Party” or “In Crowd,” he said he didn’t own the music (“Bittersweet Samba” by Herb Alpert and the Tijuana Brass), so that one couldn’t be released. Well, it has now shown up in public, and is available for public perusal and saving as a download.

The Scopitone is a piece of vintage Sixties filmmaking that adheres to the “party principle” of Sixties pictures, whereby any comedy or music picture could be shaken up by a sudden party sequence, preferably with girls in bikinis in attendance. Here, Altman had to visualize a Herb Alpert track, and so the actual movie is gone, we’re left with just the party. Which is just fine with me: 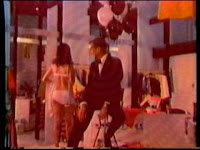 And because the Internet is a source of constant wonder, here is another of the FOUR Scopitones made by Altman (you learn something new every day), “Girl Talk” by Bobby Troup (who later of course got the last line in M*A*S*H). Here again the “chick factor” is in full effect, and had to be, since Troup was a great musical talent as a songwriter, but as a singer and personality… well, he just wasn’t Buddy Greco!!! 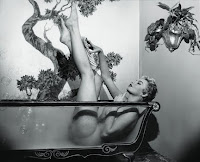 The third Robert Altman Scopitone found on YouTube is Lili St. Cyr shaking her money maker to “Ebb Tide.” This leaves only one Altman Scopitone (“Speak Low”) unaccounted for, but I never thought, as a diehard fan of the man’s work, that I’ve even see these three in public view.

Still praying Brewster McCloud and Health get released one day.

That Cold Day in the Park and Come Back to the Five and Dime... also. Streamers has been playing on IFC perfectly restored, but I think it has still not come out on disc.