Nostalgia ain't what it used to be: Warner's roll-out of "made to order" titles 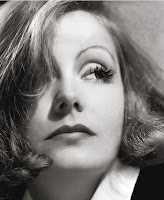 So the biggest "nostalgia" movie news that got mainstream attention this week was the fact that the just-awful Farrellys are planning a ridiculous resurrection of the Three Stooges. You know, since the two resurrections of Laurel and Hardy — the Gailard Sartain/Bronson Pinchot For Love or Mummy and Blake Edwards’ lunk-headed idea to remake the sublime Music Box with Ted Danson and Howie Mandel as A Fine Mess — and the sideways redo of the Marx Bros. (Brain Donors with John Turturro), did so phenomenally well….

The news that caught my attention, though, was the decision by Warner Brothers' DVD label to put 150 of their titles up for sale, on a “made to order” basis for 20 dollars per. What’s interesting about this is that it both acknowledges the fact that people aren’t buying DVDs in great numbers anymore, and it also shows that while DVD was going to be the medium-to-end-all-media in the home-entertainment arena, VHS actually was.

The Dark Horizons site notes that Warner’s library contains 7,000 titles and only 1,200 have been released thus far on disc. If you go to the site that Warner has put up, you’ll see a list of very interesting “marginal” titles. Sure, the finest titles have already been put out or are being prepped for release. Sure, there a few major clunkers in this group — things like Yes, Giorgio and at least two Kristy McNichol titles. What’s most interesting is that these titles, which, obviously are not anywhere “in the pipeline” for DVD, were pretty much all out on VHS. Sure, there might’ve been a few that slipped through the cracks and have never been issued in any format, but the films with major names included here were definitely out in that now-forgotten format that still remains the best method of obtaining obscure titles instantly (should you have a store in your town that still rents old tapes; most public libraries do, because that's the machine older folks still use regularly).

I’ve already written about my status as a fan who has a big library of both tapes and discs, and still relishes the experience of laying hands on a film quickly by renting from a “brick and mortar” store, meaning your standard video-rental emporium. Thus I’ve never been one to rush to buy things outright — if I can get it on discount, or rent it and (yes, I’ll be the first to admit) dub the damned thing, I then have it for the collection and the hoped-for repeat viewings (but, do they ever really happen…? That’s an issue for another time…).

It’s noted in the information online that the 150 titles offered initially will be supplemented by 20 titles per month, and that the films will also be available as a digital download for 15 dollars. What is interesting about the titles they’ve made available initially is that they are in a way announcing that the cults of Clark Gable, Joan Crawford, and Greta Garbo are greatly diminished, to put it kindly — there are a number of titles starring at least one of the trio (and Chained has both Gable and Crawford).

For an auteurist like myself, I lament that Robert Altman’s unsuccessful but still watchable Countdown, Budd Boetticher’s only non-Columbia Western with Randolph Scott Western Westbound, and especially, Francis Coppola’s terrific The Rain People will not be released on DVD.

In any case, if I liked any of these pics, I do have them in my still-overwhelming VHS collection. I guess I should be satisfied to simply dub over the old copy to DVD-r when the time comes — that time being when I’ve gotten the “primaries” transferred (every film fan with a collection spends much time cataloging, finding space for, and then redubbing for "archival purposes," the same list of favorite movies). I’ll be very curious to see what shows up on the Warner site, and will in the meantime rely on my own meager copies of the films. And hope that TCM — which essentially has the rights to air any and all of these titles — will show the restored versions very soon....

Thanks to Paul G. for pointing me toward the complete list of titles available here.
Posted by Media Funhouse at 11:24 PM