The return of Coven – 'Jinx' 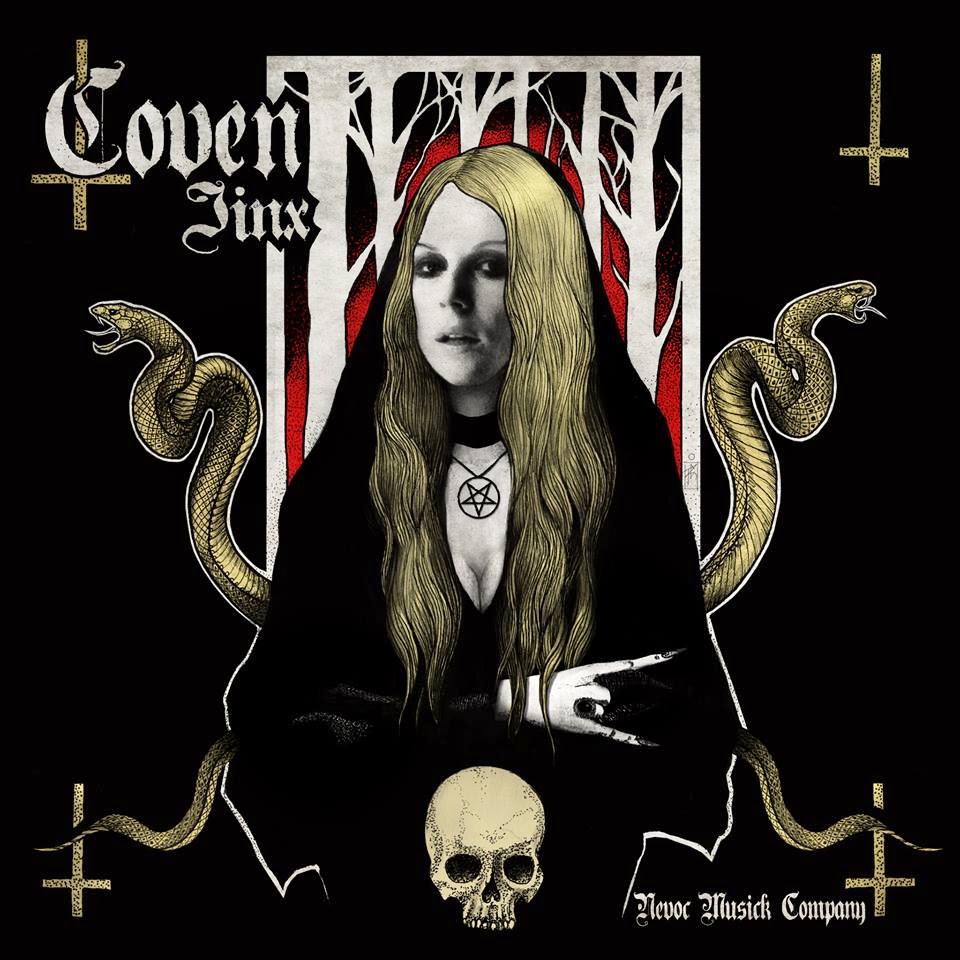 Last Halloween I wrote a blog entry about the pioneering shock-rock band Coven and its lead singer, Jinx Dawson (read it here). That piece evidently interested a bunch of readers, as it has been one of the most popular entries on this blog.

At the end of that article, I noted that Jinx had announced on her Facebook page that the band was back together recording an album. A few months after my post, Nevoc Music (spell the first word backward) released the first new album by the band since 1974. The CD is titled Jinx, and it is a kind of “sampler” that finds Ms. Dawson and company tackling a number of different rock genres. As a result, not every track will please every listener, but when it works, it does indeed sound like the group is picking up where they left off. The brief liner notes indicate that Jinx features the five original band members: Jinx, Steve Ross, Oz Osborne, Rick Durrett, and Chris Neilsen; the bands Wolfpack 44 and We Are Hex play on three tracks. The album breaks somewhat neatly into two halves: the first “side” contains the tracks on which, unfortunately, Jinx's voice is hidden beneath the instrumentals (if I could pinpoint any problem with the album, it is that). The second side features the songs on which she is front and center, and the results are great.

The songs all involve the occult (even the dance tune is called “Danger/Ju Ju Goat”; it can be heard on YT here). Those familiar with the infamous first Coven LP will recognize the single from that album, reborn here as “Wicked Woman '13.” This reworking is done in thrash-metal style and does indeed obscure Jinx's vocals. By comparison, here is the original track as it appeared on the debut LP (with images from the movie Heaven Can Help, a film I've seen since I wrote the entry on Coven – Jinx is fascinating, the movie, not so much):

Jinx brightens incredibly – if it's OK to use the word “brighten” for a band that travels “the left-hand path” – when Jinx's vocals emerge in “Epitaph” and “WDMRS” (named after the aforementioned debut LP; take a listen to the song here). The two sharpest, most atmospheric songs were wisely put at the album's end, right before the closing prayer, “Ave Satanas.”

“Black Swan,” which had first appeared on the Metal Goth Queen – Out of the Vault” CD (now out of print) is top-notch, old-fashioned rock melodrama that has all the atmosphere and vocal trills of Seventies hard rock.

The longest track on the album, “Quick and the Dead,” benefits from two great instruments: Jinx's voice and a killer organ, played by the great Rick Durrett.


At its best, Jinx reminder of how versatile and underrated Coven were and are. I hope there will be more music from Jinx and her associates before another decade passes. Are live performances too much to hope for? (Today's squeaky-clean pop-rock scene could benefit from a nice Satanic mass on stage.)
*****

An “ad” for Jinx is on YouTube. This contains only songs from the first “side,” plus a greeting from Jinx: 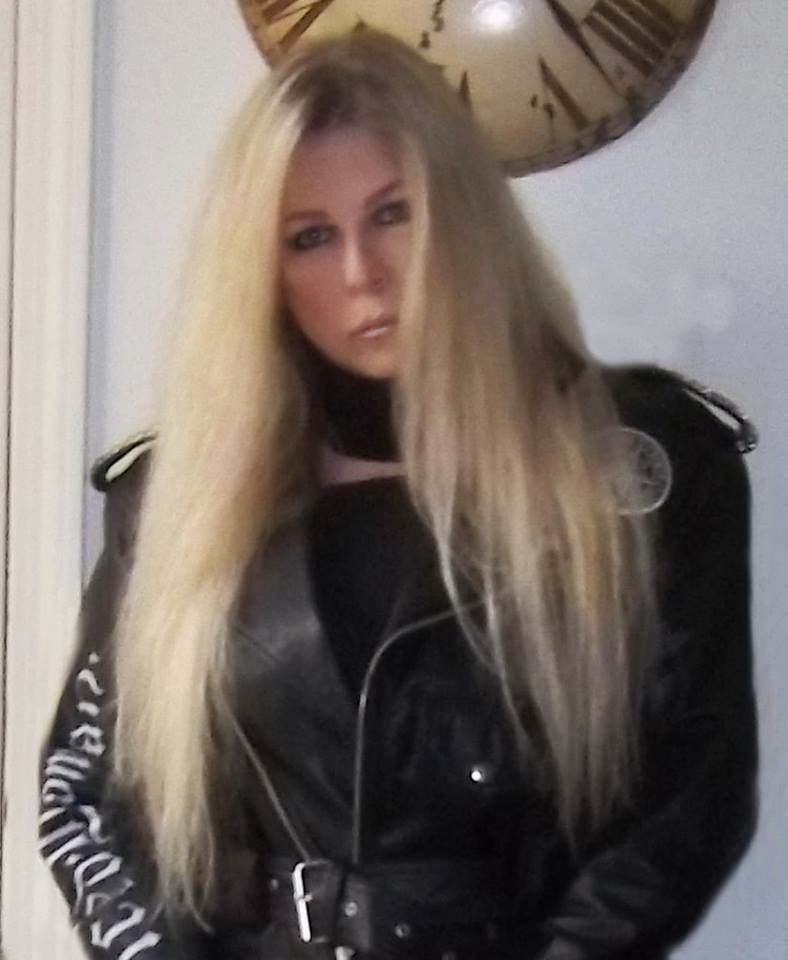 The album is available on iTunes and Amazon, but it's best to buy straight from the artist. The discs Jinx sells on eBay are signed and numbered by the lady herself; she also sells jewelry, “left-hand path” materials, a legal CD of the first Coven album, and ornamented jackets, like the one she's wearing in the photo -- the lady doth not age! Enter her eBay store here.

Note: all pics in this blog entry come from Jinx's Facebook page and the Coven FB fan page.
Posted by Media Funhouse at 12:23 PM