Looking back at the pioneering comedy variety-show hosts of the Fifties, it's easy to slot them into categories: the “Vaudeo” hosts (the initial term for the variety show format – vaudeville + video), whose work is very much of its time, including Milton Berle, Jimmy Durante, and Jackie Gleason; the movie stars who moonlighted on TV (Martin and Lewis and their fellows on The Colgate Comedy Hour); the innovators, who were ahead of their time and much copied and admired by their colleagues, including Steve Allen and Ernie Kovacs. And then there was Sid Caesar, perhaps the most talented character comedian of them all. 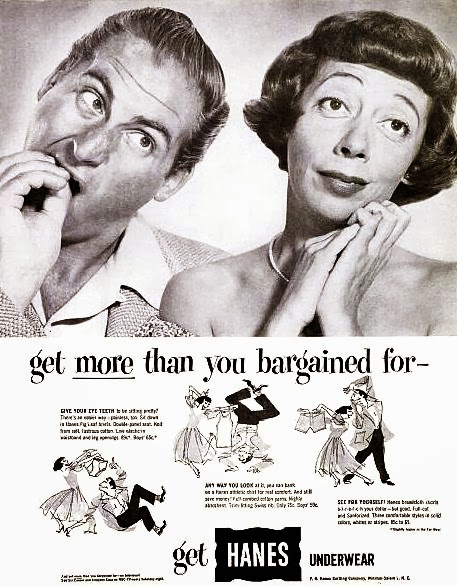 The thing that is remarkable about Caesar – besides that stunning writer's room that contained several of the most important comedy writers and filmmakers of the following twenty years – was the fact that, unlike Gleason, Sid didn't run his characters into the ground. In fact he only did two with any regularity: the Professor and the “husband” character in sitcom-esque sketches with Imogene Coca as a couple called the Hickenloopers (this later appeared in Caesar’s Hour with Nanette Fabray).

Sid's overwhelming versatility and ability to mimic a wide variety of ethnic voices, accents, and languages made him a truly unique comedian – it's hard to think of anyone with that much range until the generation of British comic actors (Guiness, Sellers) who would play several leads in the same picture. Caesar operated on a much higher level of creativity than Uncle Miltie or “The Great One” – there was indeed a skill and art that went into his comedy, and as a result he was reportedly a very emotional individual prone to crazy gestures (as in hanging the young Mel Brooks out a window when he pissed Sid off one day).

Sid was like a supernova of energy that splashed all over the Fifties, to the extent that he seemed to have exhausted his talent (more accurately, exhausted himself) in the Sixties and Seventies. The title of his autobiography reflected those years in which he was lost in addiction: “Where Have I Been?” The best thing that happened to remind us all of just *how* brilliant he had been was the release in 1973 of the wonderful compilation movie Ten From Your Show of Shows.

That film remains the single best introduction to what Caesar did in his prime: ethnic voices, exuberant and extremely-physical physical comedy, playing the sole sane person in a world full of lunatics, and acting out gorgeously detailed pantomime bits with the equally wonderful Imogene.

However, the release some years back of the VHS and DVD sets of sketches from Your Show of Shows (1950-54) and Caesar's Hour (1954-57) was another momentous occasion, since we were able to hear from the individuals involved in the shows (all the writers, Sid himself, costars Carl Reiner, Howard Morris, and Nanette Fabray) just how extraordinary the writing process on Sid's shows was, as well as view the full range of Caesar's talents in hours of his best sketches. Steve Allen dubbed Caesar “TV's Chaplin,” and he was entirely right.

I full recommend those boxes and will be drawing from them for forthcoming tributes to Sid on the Funhouse TV show. In the meantime I will spotlight a few personal favorites from the items available online. There were several different types of sketches that Sid and company did on his two Fifties variety series. The first were music parodies. Here is a gorgeous bit of free-form nonsense called “What Is Jazz?”:

And Sid, Carl, and Howie become “The Three Haircuts.” This is a parody of hiccup-voiced singers like Johnny Ray and the general tenor of rock lyrics (Sid and his writing staff were jazz, big-band and classical people, what can I say?):

The second kind of sketch was the “interview.” Here Sid as his professor character is interviewed by Reiner about how to get to sleep:


The third is possibly the most wonderful, since you’ll rarely (if ever) see it on current-day comedy shows. It’s pantomime, done to a fine turn by Sid and Imogene. I know that Gleason did pantomime too, but his often ventured into the cloying and sentimental. Jerry Lewis performed various mime bits to music that were terrific, but Sid and Imogene were the supreme practitioners on TV.

Here they and Reiner and Morris do their classic “Swiss clock” bit that functions – well, like clockwork. And here is their perfect routine in which they play two bored classical musicians passing time between musical solos:

The various movie parodies that were done on Caesar’s shows allowed him to show the full range of his comic acting, as well as his uncanny ear for foreign accents and singular ability to make up nonsense language (that sounded just like the real thing) on the spot. A uploader on YT called “Vintage Comedy Vault” has been uploading a number of things from the DVD boxes, including some primo examples of the movie parodies. 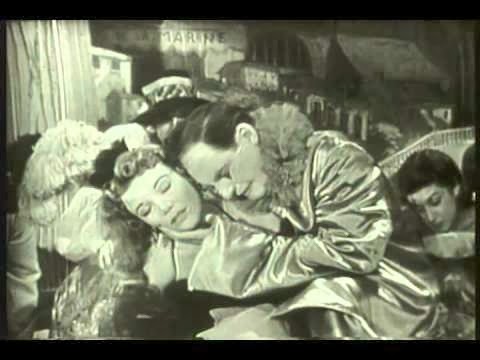 One of the sadder items revealed in the “Sid Vid” VHS/DVD releases, in which the writers and others reminisce in between the sketches, is that the producers of Sid’s variety series were told by NBC to stop doing their sublime foreign movie parodies as time went on because more TVs were being sold in towns across America. The people in these “new” territories were not familiar with foreign movies, so the network feared they wouldn’t “get” what Sid and company were doing, and thus would tune out.

Thankfully we do have kinescopes of the movie parodies that were done on Your Show of Shows, when the writers were unabashed about doing humor based on foreign films and cultures. Here is a wonderful French sketch called “Le Honore du Juelle”:

This sketch called “La Bicylcetta” has nothing to do with “Bicycle Thieves” plot-wise, but the very fact that the Show of Shows team saw fit to do an Italian sketch about a bicycle being stolen meant they had seen the De Sica classic (these sketches are indeed funny whether or not you’ve seen the original film, btw — that idea was lost on the NBC heads).

And a beautifully detailed bit starring Sid and Howard Morris called “The German general,” which definitely reflects Murnau’s Last Laugh. This is silly, hysterical comedy that also has a brain (and a superb source):

The fifth type of sketch was one in which an ensemble is present and each new character that is introduced is crazier than the last. There are two perfect examples of this, the very funny “At the Movies” sketch and what is arguably one of the funniest sketches to ever air on American TV, a very broad and very brilliant spoof of the emotion-wrought series This Is Your Life. This is in the very top rank of Caesar sketches:

Sid was a consistently fine guest on other peoples’ variety shows in the Sixties and Seventies, when he was often paired with other Fifties icons like Berle (the two couldn’t have been further apart in terms of talent and comic approach). Here he is doing his professor character on The Dean Martin Show. Dean made a great straight man for Sid:

Much has been made of Caesar’s super-macho VHS workout tape (done when he was over 65), but I would like to highlight the fact that whenever Sid was presented with a Lifetime Achievement Award (as I noted here, the Mark Twain Prize people overlooked him entirely), he would ask the organization giving him the award to include Imogene, since he felt they had functioned so well as a team back in the early Fifties (the two reunited in 1958 for the short-lived Sid Caesar Invites You and did a short-lived British TV series in the late Fifties).

Here is a mellow and beautifully detailed piece of husband-and-wife pantomime the two did much later on (1977) on The Tonight Show:

Perhaps the most intriguing rarity for those who love comedy history is the full episode of The Admiral Broadway Revue that is available online. It’s a revelation, since this is in the very early days of TV, when “Vaudeo” was indeed the dominant style (specialty acts, including Marge and Gower Champion, are all over this show).

The three credited writers are, oddly, Mel Tolkin, Lucille Kallen, and producer Max Liebman (who I didn’t know had collaborated on the writing of Sid’s shows). The Admiral Revue was only on from January to June 1949 on both the NBC and Dumont networks. Admiral reportedly pulled the show when it proved so popular they received more orders for TV sets than they could possibly fulfill.

Sid did a bunch of his solo routines on the program, as with this “Five Dollar Date”:

The episode, which is up in its entirety on YT, has only three Sid segments and two with Imogene. They are:
— As a harassed dad with an Irish brogue (Imogene is one of his daughters), at 4:45


— Imogene does a comic East Indian dance number at 27:00


— Sid does a piece “in one” in which he plays the part of a samba dancer dancing through the events of his life (37:30). Sid’s oddly Yiddish Spanish patter here isn’t his most accurate language impression, but it shows his ability to craft entire monologues in a fictitious language:

Caesar was the last of the Fifties TV icons to die, and he was certainly one of the most talented. “TV’s Chaplin” indeed.
Posted by Media Funhouse at 2:25 PM