King Neurotic vs. the Ex From Hell (epilogue -- hopefully!)

After I wrote the two-part piece below, there was an explosion of media activity, not just from those who wanted to impart their personal opinion on the sexual abuse charge, but from parties who were friends with Woody and Mia, and finally Dylan and Woody themselves.

In the interests of posterity, I will list the most salient links below, as I already went through my opinions on the case in the two parts of this blog entry. Although my research was duplicated (or borrowed?) for the first link below, I'm very proud that mine has seemingly been the only piece to explore both Woody and Mia's on-screen personas and how they related to public perception of the case.

Firstly, on Jan. 27, 2014, the Curb Your Enthusiasm and documentary director (he did the two-part American Masters profile on Woody) Robert Weide decided to step forward to defend his friend and colleague.

Weide does use several of the same URLs I did to make his point, but he also supplies information he gleaned in the making of his documentary about Allen. He also made two interesting decisions that I had veered away from in writing the piece below. He chose to use Dylan's new name (Malone), which is a fact that's instantly retrievable from Google, but which Maureen Orth indicated as a kind of “family secret” (a not very well hidden one).

He also included a fact I left out of my piece, since I thought it swerved the reader's attention well away from the Woody/Mia relationship – namely, the fact that Mia's brother was a convicted sex offender. 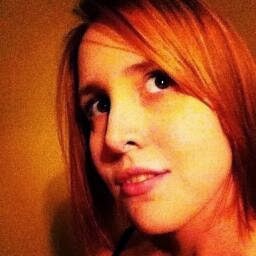 The victim herself, Dylan, then decided to come forward and write an open letter to the public about her sex abuse. The New York Times columnist Nicholas Kristof printed her letter, along with a prologue noting that he is indeed a friend of the Farrow family. This piece was interesting in that it was the only lengthy adult reflection on the case by Dylan (should we just call her Malone now?) that wasn't penned by Maureen Orth and includes a picture of her along with the article. (The picture at right is from her Twitter account, easily found on Google.)

In the wake of these two statements from people “inside” the case, the press bloggers came out with their knives for the other side. I will only link to two of these, because they seemed to be most eloquent about their beliefs. Firstly, Michael Wolff on The Guardian site wrote a piece about the case that was pro-Allen, “Media Spin for the Farrow Family?”

And then Jessica Winter wrote a two-part piece on the case, taking Dylan and Mia's side, trying to focus attention on what she saw as the dubiousness of Weide's statements about the early Nineties custody case. Winter actually provides a more reasoned argument than anything penned by Maureen Orth in VF. 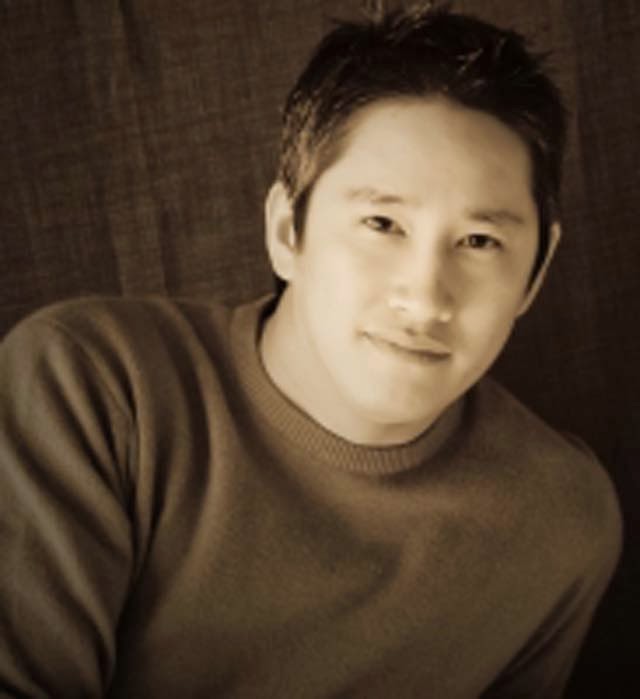 Then another “insider” stepped into the public spotlight on February 5th to talk about the case from his own personal knowledge of the family. Moses, the third and oldest of Woody and Mia's children (he was adopted, but was indeed adopted by both of them as a couple), decided to talk to People magazine; he sided with his father and accused his mother of completely manipulating and fabricating the sex abuse charge.

Dylan then decided to do an interview with People, which appeared on Feb. 6, to rebut Moses' claims. The two most interesting things here were, again, a picture of the grown-up Dylan/Malone (Picture credit: “Courtesy Mia Farrow”) and that she uses the phrase “my cross to bear.”

It's been noted that Mia returned to Catholicism after Woody took up with Soon-Yi. As an ex-(ex-ex-ex-)Catholic myself I will simply note that suffering is redemptive in the Catholic faith – it is in fact (in one of the faith's more horrifying teachings) a good thing. The more you suffer, the more secure is your place in Heaven and the more you are loved by the supposed deity. 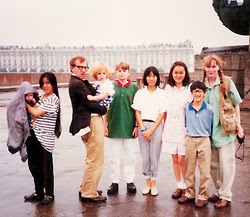 Dylan clearly feels that she is a martyr, but then oddly adds that she needed to speak up about her abuse not because of herself but because of her family. “But I will not see my family dragged down like this. I can't stay silent when my family needs me.” Thus, she felt she needed to speak out again, because of the attack on her family by her estranged brother Moses (who works as a family counselor and stated that Mia used to hit her kids when she was angry at them).

Clearly Dylan is a very damaged young woman. I find it fascinating, though, that she places her family (which would clearly be Mia, since she was the focus of Moses' statements) above herself. 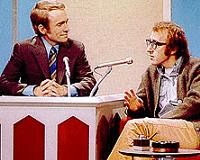 The ping-pong game kept going back and forth this week. On the same morning that Dylan's new interview appeared in People, Dick Cavett (a longtime friend of Woody's) spoke about the case in very measured terms on the Don Imus radio show. He exhibited a clear sympathy for Dylan/Malone, but also did defend his friend against the charges.

And finally, Woody decided to write a response to Dylan's “open letter” for publication in The New York Times on Feb. 9. In it he states his case plainly and defends himself against the charges.

In doing this he harkens back to a bunch of the issues I mentioned in my piece, in addition to adding two things I didn't have time or space to include: that he took a lie detector test and Farrow refused to; and that he is a claustrophobe, who couldn't have remained in the attic where he was accused of sexually abusing Dylan. He also talks about the fact that adoption agencies allowed him and Soon-Yi to adopt two children, conducting thorough investigations into his background in the process.

Most interestingly, he notes that the actress Stacey Nelkin has come forward to say that Mia wanted her to testify against him in the custody case saying she was underaged when Woody dated her, which Woody says is untrue. But wasn't that Nelkin's declaration from the beginning, in saying that she was the source for the Mariel Hemingway character in Manhattan?

He addresses the side-issues, including Mia's statement that she was “involved” with Sinatra while dating Woody, and that he is indeed the father of Satchel/Ronan. Woody's take on the matter is “Again I want to call attention to the integrity and honesty of a person who conducts herself like that.”

Allen states his sympathy for Dylan and declares that he hopes there will be a rapprochement in the future with his daughter. Most laudably, considering that this affair has now been debated ENDLESSLY in the “court of public opinion” that is the Internet, he concludes in a parenthetical note: “This piece will be my final word on this entire matter and no one will be responding on my behalf to any further comments on it by any party. Enough people have been hurt.”

But I want to give the final word to Mia in this instance. As I researched this piece, I found an amazing interview with Farrow that has surprisingly not been quoted yet in the see-saw, ping-pong media coverage. In a June 2, 2006 interview for The Independent, Mia claimed she could FORGIVE Woody: Asked whether she has since forgiven Allen, she says: "In an instant. I can't carry any of that. That's too heavy for me. It really isn't up to me to forgive or not forgive, is it?" Remarkably, in such a small city as Manhattan, Farrow says that she hasn't once run into Allen - or his bride - since their rancorous split. "It's incredible, I know. But I've had the good fortune and that has never happened to me. No, thank God."

Asked about whether she'd like to reconcile with Soon-Yi, as she had stated in the years between '92 and '06, she says, "Well, I've got over it, you know. You can get over almost anything. You just can't go on mourning forever, and so I've moved on. It's been a long time now. And I really don't think of her as my daughter any more. I can't. She isn't. She's estranged - and strange."

Considering her recent outcries, that quote about forgiveness from 2006 ("In an instant") is rather startling.

Hopefully there won't be more about this matter in the press (although I know the Internet will continue to debate it for DECADES to come, as with the matter of the girl in the Polanski case, who has virtually pleaded with the press and public to move on, but whose wishes were countermanded by those who believe they know better than the victim). It would be best for everyone (critics and “avengers” of both sides) to let this be worked out in private, by those actually involved in the case.
Posted by Media Funhouse at 3:44 PM