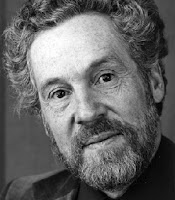 I'd gladly say farewell once and for all to 2012, but for the fact that there are still a few talented souls whose work I admired who kicked off during that annum. I have a short list of people I'd still like to pay tribute to (as I note on the Funhouse TV show, we never stop loving these people's work, so why only do obits for them in the week following their death?). One of the performers I most wanted to get around to is Bergman's onscreen alter-ego, the estimable Erland Josephson.


Josephson died at the age of 88 of “complications from Parkinson's disease.” (There is a PSA he did about the disease on YouTube.) As was the case with all of Bergman's regular actors, Josephson was a nuanced performer who brought his characters to life magnificently – even when he was a “villain” of sorts (as was the case in the Liv Ullmann's Faithless, scripted by Bergman), he underplayed rather than overplayed the part. 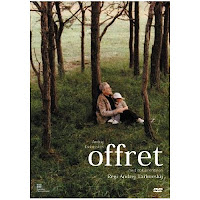 He stayed away from the Hollywood mill and instead worked with other auteurs besides Bergman – Tarkovsky (Nostalghia, The Sacrifice), Philip Kaufman (The Unbearable Lightness of Being), Greenaway (Prospero's Books), and fellow 2012 Deceased Artiste Theo Angelopoulos (Ulysses' Gaze).


There are several perfect examples of Josephson's work hidden in plain sight on YT, but interestingly enough, the best interviews with him that have been posted only have subs in foreign languages. For those who can read Spanish, here's a great dual interview he did with Bergman.

In it they reveal that they have been lifelong friends (they met when Ingmar was 21 and Erland was 16). After six decades of working together, they spent their final years having a weekly phone conversation on Saturdays. The inevitable topic of death enters the conversation at the 42:00 mark and is addressed directly by Josephson at 46:00. He says that Bergman is far more at ease with the notion of dying and he's scared of it.

Filmmaker Alexandre Barry did the other two great slices of the real Josephson, both subtitled in French. The short “Lointain secret” features EJ talking about how to discuss the most important topics in life: “the answer is silence.”

This short piece by Barry finds Josephson and Liv Ullmann talking about death – it begins with Liv asking Erland if he would attend her funeral. (I'm not sure whether Ms. Ullmann attended his last year.). Since this was made the year after the final Bergman film, Saraband, it is quite possibly their last meeting on film:

As a final tribute to Josephson, I will point you toward a Bergman fan who has posted a number of Bergman films on YT, including a few that are unavailable in the U.S. (including the telefilm In the Presence of a Clown).

He has uploaded all of the great films that Josephson had either a lead or a supporting part in: It Rains on our Love, To Joy, The Magician, Brink of Life, Hour of the Wolf, The Passion of Anna, Cries and Whispers, Autumn, Face to Face, and Fanny and Alexander. One major rarity (at least on these shores) is the telefilm After the Rehearsal (1984) starring Josephson, which is not on DVD in America.

His best-remembered role would have to be the husband from Bergman's masterpiece, Scenes from a Marriage (1973). Here is the 1973 feature film version Bergman assembled from his own TV miniseries. And here is the sequel Bergman made with Ullmann and Josephson 2003, Saraband:

Posted by Media Funhouse at 1:06 AM