Polls, what are they good for? Absolutely nothing (well, then again…) 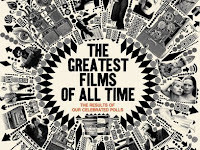 I mentioned below the recent announcement of the Sight and Sound poll of “The Greatest Movies of All Time.” Since there are very few “news” stories that involve classic and foreign film — you know, the  sort of intelligent, important filmmaking that never plays at your local cineplex and is harder to acquire from the lazyman’s video rental scheme (Netflix) — I did want to set aside the seemingly unending flow of Deceased Artistes (a bunch of whom I am leapfrogging over) and talk about the poll and its importance. It’s an excuse to discuss the relative merits of classic and timeless cinema for a bit, which is never, ever unwelcome.

You won’t find me discussing at any length any of the other “greatest film” polls, generally because they are voted upon only by folks in one country (usually America), and they mostly contain whatever is thought to be the best at any given moment (thus, the entry of Titanic into the AFI roster after it had become the biggest box-office hit of all time).

The importance of the Sight and Sound poll is four-fold: it includes a better class of movie; it is voted on by a more serious kind of voter than participates in, say, the Oscars, or a survey conducted by a mainstream magazine or website (I still say “magazine” first — I’m old-fashioned); S&S only conducts the poll once every ten years; and the poll’s results rarely include anything that could be deemed “spankin’ new.”

For me, the last consideration is the most important since, as noted, polls of great movies are constantly littered with what the voters saw most recently, or what has made a lot of money, or has been discussed an enormous amount. The main "news story" concerning the 2012 results of the Sight and Sound poll for me wasn’t the topping of Citizen Kane by Vertigo — it was the fact that not one but three silent films (from three different countries) were in the Top Ten.

Instead of Wings or a Griffith classic (too controversial these days, anyway) or Metropolis, the silents in the Ten were three undisputed masterworks: Murnau’s Sunrise, Dreyer’s truly transcendent Passion of Joan of Arc, and, a surprise for me, Dziga-Vertov’s The Man With a Movie Camera. 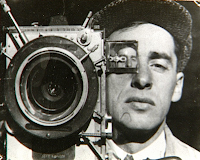 Sunrise is, along with L’Atalante (also on the list at No. 12), one of the greatest movie love stories ever. Passion of Joan of Arc is one of the most visually beautiful, well-acted, and spiritually transformative films ever. Dziga-Vertov’s classic is a harder-to-categorize mixture of documentary, essay film, travelogue, and “reality transformed” fiction film. All the films in the Top Ten of the poll deserve to be there, but the presence of Man indicated right off the bat that this was indeed a truly serious survey.

As for the Vertigo vs. Kane “furor,” it’s a non-starter. Kane still came in at No. 2, is on any short list of the greatest films ever made, and is an eternal model for filmmakers (plus an astonishing accomplishment for a first-time, 26-year-old director). Vertigo, on the other hand, is a wildly imperfect film, and that is one of its most alluring aspects. 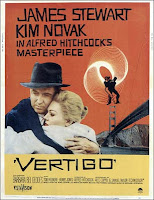 For me, the importance of Vertigo doesn’t have to do with Hitchcock’s visuals, which are exemplary as always, or the eye-grabbing primary color scheme. Vertigo  is one of the few films in which Hitchcock seemed to surrender to the hero’s plight (The Wrong Man is another). Instead of using Jimmy Stewart as a chess piece or a victimized puppet (as he did with Cary Grant, Farley Granger, Ingrid Bergman, and many more, including a procession of icy blondes), Hitch *inhabits* the character and seems to be sharing his dilemmas.

The trumped-up “battle” between Kane and Vertigo was situated in the online press as being a debate over the relative merits of Welles and Hitchcock — which brings us back to the quote from critic Mark Shivas that I used in my tribute to Andrew Sarris: "Welles is concerned with the ordinary feelings of extraordinary people and Hitchcock with the extraordinary feelings of ordinary people."

What this shifting of positions in the poll more accurately represents, though, is the difference between a perfect film (Kane) and an imperfect one (Vertigo). Hitchcock was clearly so bound up in his protagonist’s emotions and moods that he decided to forego the mystery entirely and reduce the moments of suspense to a single, dreamlike situation — falling from a great height — played over and over again. 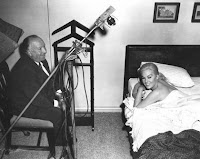 This is not to negate Hitchcock’s enormous talent, it is to acknowledge that the film that has become one of the best-regarded of his works is one of the few in which he “lost control” and surrendered to emotion. I remember that when I finally saw the film (at an NYU screening, when it was virtually impossible to view in the early Eighties) I was surprised at its depth of emotion, as well its overt fetishism (there is always fetishism in Hitchcock, but it is front and center in Vertigo). 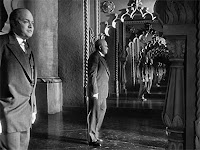 Thus, in my opinion, Kane would still be the film that can best inspire and instruct young filmmakers (since it has what McLuhan called “an inventory of effects”), while Vertigo is an un-duplicatable character study/melodrama (I know, I know, Brian De Palma's countless "homages" in the Seventies and Eighties… I like some of those pictures a lot). It is a one-off that offers far less of a class in film structure, visual composition, and editing than Kane and the other best-known Hitchcock films.

And while Kane still remains one of the most perfect pics ever made, it’s good to see it occasionally moved aside on the list by yet another revered classic. The strength of the Sight and Sound poll is indeed that the “canon” of classic films does stick around on the list, while newer challenging features by other critical favorites join them.

Certain filmmakers scored more than one film in the full list of fifty. Tarkovsky scored three, and out of the seven films he made, that’s a cool half of his output — Vigo’s timeless L’Atalante represents one-fourth of his work, but that’s because he died at such a young age. 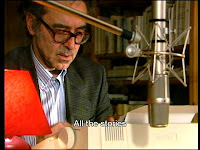 One of my all-time favorites, Godard, is represented by four films: A bout de soufflé, Le Mepris, Pierrot Le Fou, and Histoire(s) du Cinema, which qualified as the second newest movie in the countdown, since its last installment was released in 1998 (the latest was from 2000 — In the Mood for Love by Wong Kar-Wai). Clearly the amount of great films that Godard has made split the vote four ways, so none of his films hit the Top Ten — I’m sure he cares nothing about this accolade, but it’s interesting to consider that his slot may well have been taken by one of his heroes, the man he named his Marxist filmmaking collective after, Dziga-Vertov.

It was interesting to see one musical on the list, Singin’ in the Rain — which is indeed a comedy, but works far better when it’s a musical. 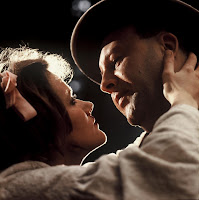 Also missing is any inclusion of a film by the three best-known members of the loosely knit community of filmmakers labeled the “New German Cinema.” I assume that, if Fassbinder was considered, the sheer amount of great films he made once again split the vote. No one would want to go for the most celebrated film, The Marriage of Maria Braun, when he made many better and more challenging works, among them Berlin Alexanderplatz

Perhaps Wenders is no longer in fashion, but some of his films are among the best road movies and character studies of all time. Herzog remains a major force in world cinema (if also now a show-biz personality whose public persona is better known than his films to many folks). One would think that Aguirre, the Wrath of God would’ve qualified for the list, but perhaps that is “out of fashion” at the moment with critics and academics. I can only think that the German filmmakers of the Seventies will return to this poll in the near future, since several of their films are definitely “for the ages.”

And connecting this all back to my last post, I will note that not only was Chris Marker’s favorite film, Vertigo, voted in at No. 1 on the poll, but his best-known short film — in my opinion another perfect film — La Jetée came in under the wire at No. 50. It would no doubt please Chris that his film was at one end of the poll, and Vertigo — which spawned the tree-trunk scene in La Jetée (see my Marker tribute below) — was at the other.

No. 1: Hitchcock on Vertigo, from the Truffaut interviews (“… she has stripped, but won’t take her knickers off…”):

No. 50: La Jetée with English narration: