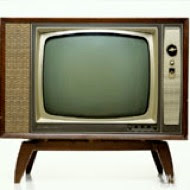 It is entirely obvious to anyone who digs nostalgia that b&w films and TV shows are anathema to cable broadcasters. Given our short national memory (which began disappearing when Reagan became president), I understand this fact, but still wish there was some kind of classic TV network currently on cable.

“Nick at Night” has been showing very recent-vintage family sitcoms since 1990s; it is utterly useless to fans of classic TV, as is its onetime “replacement” network, TV Land. You know how the replacement network thing works, right? A franchise is established, and then the creators of said franchise begin to sorta alter (and usually tarnish) the original, and so a secondary network is created to do what the original network used to do. In the case of Nick, it left behind the Fifties long ago, then ditched the Sixties, with the exception of a few very beloved sitcoms.

As time went on, even the Seventies was phased out on Nick. SIDE THOUGHT: Being a child of the Seventies, I firmly believe that it was the decade when American TV series really went into the crapper, as far as the quality of the most popular shows (writing, acting, even concepts; Sixties concepts were indeed “gimmicky,” but at least they went all over the map). The auspicious beginning of the decade, with the debut of the groundbreaking Norman Lear and MTM sitcoms, led to the painful '77-'80 era, when the Lear shows set the bar (low, mighty low) for the long-running sitcoms that would "jump the shark" from that point on, and the MTM shows wisely left the air while they were still funny. END OF SIDE THOUGHT. Once the Eighties Cosby Show/Family Ties/Growing Pains family series became the focus of Nick at Night's schedule, it was pretty much the end of the truly classic nostalgia factor, and the shows were not only spanking new, they were just off their network run.

Thus, TV Land appeared, in order to “pick up the slack.” In a few years it too became ashamed of its classic TV programming, relegating it to "off" hours, while producing new reality shows and showing movies that are edited for TV and theoretically relate to the viewer demographic (not forgetting airings of spankin' new reruns of "Extreme Makeover" series, which are someone's idea of classic television — someone very sad). Around this time, we who had broader cable choices were able to latch on to showings of classic b&w shows on GSN (and we know what happened there, don’t we?) and the onetime Nostalgia Network.

Whatever did happen to the last-mentioned? Well, it’s now the American Life channel, and its schedule is here. The channel tries to appeal to baby boomers, or Gen Xers, or whomever might watch old TV shows that aren’t all that old (plus “health and wellness” shows and now some kickboxing — but only a little). The Color Honeymooners (which is dazzling to the eye, but mighty hard to sit through, esp. when Kramden, Norton and co. go on foreign cruises) and Mission: Impossible are the only Sixties shows left in their lineup, which is now mostly drama series of the pre-Law and Order variety, and the lesser MTM sitcoms (where’s Paul Sand in Friends and Lovers?). In researching this blog entry, I found that the channel was bought in 2001 by the Unification Church, so they have what one advertising blog calls a “mandate for family values programming.”

Thus, we have a network that used to show nostalgia, and used to be called the Nostalgia Network, but no longer has much of a connection to it. Today I learned of a channel not carried in NYC, called the Retro Television Network (RTN). The network’s lineup is here. And again, you’ll notice that it’s a nostalgia network that believes its nostalgia fans only want to watch old shows in color. The selection comes from one library (I believe it is the Universal one), and is heavy on crime and action series, with a small smattering of comedies (The Munsters Today???), and things that were awful then and are awful now (That’s Incredible!).

RTN shows a handful of b&w shows (the sublime Jack Benny, Mike Hammer with Darren McGavin, The Rifleman, Bachelor Father, The Cisco Kid). But, as is the case everywhere else on the cable dial, classic TV is thought to be purely color series, and the Fifties are to be forgotten, the Sixties merely tolerated, and the Seventies indulged in if you’re talking those awful ABC shows that everyone watched out of sheer pre-cable zombiedom (I’m looking at you, Three’s Company, the acme and nadir of dumb-ass Seventies TV).

Thus, I make a modest proposal which I’m sure won’t materialize, but I sincerely hope that it will. Since Turner Classic Movies has proven to be THE one source for classic b&w film on television, I wish that the folks responsible for programming that network would take a chance on a Turner Classic Television network, where we could indeed see the rest of Television Past. On my personal wish list would be the gems of the Fifties (live TV plays, Mr. Peepers, Bilko, et al), the forgotten dramas of the Sixties (Naked City, East Side West Side), and the comedies that were indeed funny and not dunderheaded in the Seventies (Barney Miller among a few others). Shows that have not been in syndication since their original runs would be incredibly welcome — Comedy Central, when it was The Comedy Channel (and aired a top-notch roster of classic TV comedy fare), had a bizarre afternoon slot for failed Sixties/Seventies shows called “Sitcom Sanctuary” that was terrific. 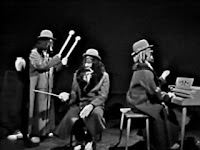 Mostly, what I would like to see aired on some nostalgia network at some point, in any capacity, would be the wonderful VARIETY SHOWS that were a staple of network TV from the Fifties through the Seventies: from Berle, Allen, Caesar, and Kovacs, to The Hollywood Palace, The Dean Martin Show, and of course Ed Sullivan (with the specialty acts left in).

This is, of course, a concept that most would say wouldn’t fly because: a.) people won’t watch b&w anymore, except a niche audience, who could buy the shows on DVD anyway (if they even exist on that transitory medium); b.) kids have no idea what b&w is and don’t care; c.) the Trio Network, which made a practice of programming real quality classic TV, failed; d.) the “comfort shows” people crave have changed from things viewers saw growing up to the shows they remember from a handful of years ago (does anyone anywhere, though, consider the Jim Belushi sitcom a comfort show? Really?); and e.) you’d need to set up a network that would delve into different libraries of programming, and not just air one kind of classic TV rerun.

Well, all of these things were obstacles to getting a unified source for classic movies on TV, until the Turner people made a “replacement network” for TNT, which had been airing some rare and terrific gems from the Turner Library. TCM has become the model of a real nostalgia network as far as film is concerned, and it is the model for what could be done for a classic TV network. There *is* an audience for this kind of thing, it is just a dispersed one that is completely ignored by the existing nets because of the viewers’ age, their buying habits, and the fact that, although much lip service is given to the concept of “alternative” TV programming, there really is none on American television (with the exception of, ahem, what remains of cable-access).

It’s a certainty that classic TV would never fetch the kind of numbers that American Idol gets on a weekly basis. But, then again, TCM has cultivated a very devoted audience, and those folks are eagerly addicted to the channel. Again, there *is* a market for this kind of TV repository of all the good shows that aired on American TV from the Fifties through the Eighties. We’d just need Turner, or an organization with as much courage, foresight, and marketing savvy, to set it up.
Posted by Media Funhouse at 11:09 PM

I wonder if the American Life Network will be broadcasting any mass weddings...