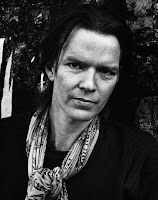 Jim Carroll was one of those NYC artist types that I have absolutely admired and respected, and have walked past in several circumstances, and yet I never told the guy how much his work has meant to me. Perhaps it was because he was physically imposing: a tall mutha, he sported bright red/orange hair (seemingly inspired by Bowie in the early Seventies) and, like any New Yorker worth his/her salt, walked as if he knew where the hell he was going to (no aimless rambling for New Yorkers, even if they’re headed to the local deli). Perhaps it was because I had nothing witty, interesting, or wise to say to him about my admiration for his work. Or perhaps it was because the Catholic Boy LP was so important to me at the time it came out, I played the thing so many fucking times, that it was almost redundant to stop the guy in the street and just say “hey man, I really loved that album so much….” When these folks die, you think about these things, as if your having imparted these positive feelings might’ve affected the artist in some way (the idea that we, the fans, can in some way touch the artist, is a mighty, mighty egocentric conceit). In any case, I loved Carroll’s music and, yes, his poetry (the latter being the bulk of his work over the years) and his memoirs.

As some folks “write the book” on a specific topic, Carroll “wrote the song” on death (on the up-tempo side; downbeat being “My Death” by Brel). His “People Who Died” never was a Top 40 hit, but it’s never forgotten by anyone who hears it: a laundry list of his friends who died young, in colorful and supremely fatal ways. To honor Carroll’s passing, I want to point to my favorite songs of his, but perhaps I’d best start out with the words, spotlighting some clips of him reading poetry.

Before the poetry, however, a little access. Jim on an Ohio public access show in 1991, being interviewed about his basketball playing as a younger man:

And the most amazing Carroll interview ever, him on the Today Show in 1999 discussing the fact that various “school shooters” had been inspired by the movie version of The Basketball Diaries. I loved the book, and have never taken the time to see the movie, thanks to the unfortunate casting by director Scott Kalvert of the leads (I guess he, like Scorsese, saw something in Leonardo that I just do not see, namely breadth of ability as a performer). I was very glad to watch this interview last night and find out Carroll himself was no fan of the movie. It’s an incredibly eloquent and intelligent interview:

Carroll can also be seen/heard reading his poetry here and here. A wonderful full-length reading that took place at the St. Mark’s Poetry Project in 1998 can be seen here:

A clip from a “video diary” project that never came to be:

And now, the musical side. The two most interesting revelations in Jim’s obits were the fact that Keith Richards arranged for his record deal with Atlantic (Patti Smith already having encouraged him to make the leap from poet to rocker), and that when his record deal died he wrote lyrics for Blue Oyster Cult and Boz Scaggs (???). Here he is performing the lead song from Catholic Boy, “Wicked Gravity” live:

The one major network TV appearance by Carroll that I remember fondly was on the uneven but sometimes very amusing Fridays (2/6/81). He performed a lesser tune and this awesome piece that has the great opening salvo “It’s too late/to fall in love with Sharon Tate/but it’s too soon/to ask for the words I want carved on my tomb”:

I like the second and third albums Carroll recorded, and his “comeback” to rock, Pools of Mercury, but none of them had quite the force of the first LP. One song that did gather attention was his cover of “Sweet Jane,” which was represented by an actual music video (a student of Rimbaud, Frank O’Hara, and Wm. Burroughs does a music vid!), which had the benediction of having a guest appearance by one of Jim’s other obvious influences, Lou Reed:


I loved and played to death several songs on the Catholic Boy, including “Three Sisters,” but the title tune had the most resonance for someone trapped in the rigors and dogma of a Catholic education. And it don’t age, either (’cause I’m sure those fuckers ain’t changed one bit):

The most poignant public moment involving Carroll in the years following his “retirement” from rockin’ was the publication of his moving poem “8 Fragments for Kurt Cobain,” which I first saw in The New York Times magazine section, and which he later performed live on MTV’s “Unplugged” (when poetry was the rage for a minute, thanks to “slams”). It’s a beautiful, heartfelt piece by a fellow sufferer, and can be found here.

And since “People Who Died” HAS to be heavily celebrated in any forum where Deceased Artistes are the order of the day on a regular basis, I present two versions of the song. First, a very up-tempo live rendition (from Fridays, I believe) for those who already know the lyrics:

And for those who haven’t heard it yet, I guess the lyrics are clearer on this “official” music-video version released in conjunction with the Basketball Diaries movie, with interspersed images of the Baby-Faced One:

Posted by Media Funhouse at 4:04 PM