I’ve been away from blogging for a full week — but have not been laying fallow (a new and updated Funhouse website is in the works). In the meantime, I just had to once again take a few lines to bitch about NYC’s MTA and “Miguelito,” the tiny dictatorial mayor of NYC, a man for whom “quality of life” issues count more than actual quality of life (as in: rents, transportation, public services, etc.).

The subway fare going up is an atrocity, but anyone who takes the subways knows that. The service has gotten more idiosyncratic than ever. As I noted a few years back I do expect that someday soon we will turn into a dystopian landscape where the subways have stopped running entirely. For the time being, we have entire lines shut down for evening and weekend track work that never seems to be completed (and those in the outer boroughs, or who work second or third shift and need those lines to function, well, just fuck you!). 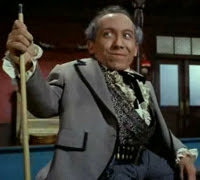 The subway fare going up penalizes the poorer folk in this city, but then again, we know that “Miguelito” doesn’t care about the poor and middle class. (By the way, I use that nickname, coined by El Diario’s Gerson Borrero, because I find it funny, not because I would ever want to confuse Mayor Bloomie with Michael Dunn's glorious Miguelito Loveless character on The Wild Wild West.)

So NYC has become a city for tourists and rich folk during Bloomie’s reign, and we certainly are much healthier now, thanks to his edicts, ain’t we? The soda ban begins tomorrow and the speed with which that was approved by the city’s Board of Health proves that everyone wants to agree with a rich man, no matter how pointless and meddlesome his legislation.

UPDATE: In the hours after this post was uploaded an NYC judge struck down the soda ban, saying it had "too many loopholes" (ya think?). I leave up the next few paragraphs in the interest of "posterity" (and because they're still pertinent while this arrogant rich guy is mayor). Also, because they lead into my third "unabideable"....

Three-term Miguelito is an extraordinarily rich man who does not want to be held accountable for anything he does — including leaving the city on the weekend to go to his Bermuda hideaway and not ever being present in the city on weekends *unless* something disastrous is predicted ahead of time. But he does want YOU to be accountable for your terribly unhealthy behavior, be it smoking in bars or drinking big-sized sodas in public eateries. 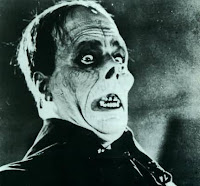 I am an inveterate soda drinker who is well aware that the stuff isn’t a health drink, but I love it. I love it in big, huge quantities (usually diet or ginger ale) that are not making me any healthier, but are not destroying my life, any more than other people smoking around me in bars did. But the “nanny state” is in effect, and it’s an open question as to whether any future Democratic mayor would ever rescind the stupid edicts put into place by Miguelito and his heinous predecessor, Erik the Phantom of the Opera.

When asked about those who wanted to drink bigger amounts of soda, Miguelito readily volunteered that they could just buy two 16 oz. cups. Sure, tiny billionaire, that’s a possibility in your world, but again, you forget (as you have consistently in your twelve-year game of playing mayor) that there are poorer people in this city that might like spoiling themselves in tiny ways, like having a giant soda to drink. Your deciding what they should be able to drink, and what it should cost, is a function of you being a rich prick who conned “the most liberal city in America” (which has had conservative mayors for nearly my whole lifetime, except during the Dinkins administration).

Miguelito does not acknowledge the poor, nor does he care about their problems. The single best example of this? The man who wants to prevent death from obesity allowed NYC to have a "Donut Day" on the day following his announcement of the soda ban (donuts were given away free in different areas of the city AND there was a Dunkin' banner behind the folks ringing the bell at the Stock Exchange).

He loves his fellow rich guys — oh, and the tourists who come to the city and drop scads of cash on extravagant trinkets, wildly overpriced Broadway shows, and meals in “gourmet” eateries that surely wouldn’t serve anything that might be harmful to your health (we all know that haute cuisine never makes the diner fatter or screw with his/her heart or digestive processes, don’t we?).

And since I’m venting, let me add another little slice of smugness that appeared this very day in The New York Times. It links back to the subway issue and the soda ban in that it ignores the fact that some of us don’t have as much money as the REST of us — but hey, we all could do like the U.S. gov and just go into a Cloud-Cuckoo-land of debt (as many of us are already). The article in question is a noxious bit of prose in The New York Times that urges folks to forget civility on their digital devices.

Smug writer Nick Bilton’s contention in this instance — most times you can literally hear the writer’s pitch to the editor as you read “theme pieces” in the Times — is that people using digital devices do NOT want to be thanked, receive unnecessary e-mails, be asked unnecessary questions, and that everyone they communicate with should be entirely conversant with the current brand of completely discourteous digital communication (where politeness is not an issue, brevity is).

Bilton dislikes getting voicemails, since they’re a waste of time when the concept of texting exists. Nick is a busy guy, doing lots of things during his day, but a lot of us appreciate the human voice and its subtleties, subtleties that couldn’t possibly be conveyed in text form. There are also a whole bunch of us who do not communicate primarily through text — some, like me, have learned how to text and then forgotten it, realizing that the same questions and declarative statements could be made just as quickly on the phone. Plus I get to hear the voices of the people I love, respect, or admire. What the fuck would I want a “Leaving now, see U soon” text in place of that?

Bilton focuses on how boring and tiring old folk are, with their insistence on using phones strictly as phones. His insistence on texting has a very youthful glint — one might even say belligerently childlike. Texting has in fact changed the way that adults with children write e-mails to their adult friends. There is nothing odder than reading a message from one of several friends with kids who write text-y in the e-mail format: “U going 2 concert Sat?” (Prince was way ahead of his time...)

The pitch here is that thank-you notes are out of date in the digital era, that no one wants to receive an additional text or e-mail when they don’t have to. Well, I am one of those offenders — if someone is nice enough to write a complimentary letter, or answers a question I asked them, or is in any way polite to me in e-mail, I will tend to shoot off a quick thank-you note that runs a few words at most. Bilton argues that “Netiquette” requires no response, in fact the short response is a blatant irritation to “people drowning in digital communication.”

I’ll get back to that last phrase, which is a wonderful little bit of arrogant show-off-ishness, but first let me point out the single most obnoxious part of Bilton’s paean to rudeness:

My father learned this lesson last year after leaving me a dozen voice mail messages, none of which I listened to. Exasperated, he called my sister to complain that I never returned his calls. “Why are you leaving him voice mails?” my sister asked. “No one listens to voice mail anymore. Just text him.”

My mother realized this long ago. Now we communicate mostly through Twitter.

Boy, you taught them, didntcha, Nick? You put them on notice that your time is wasted when they contact you, unless they’re as terse and ADHD as you are, you busy scrivener you. I’m used to this kind of tone in blogs and on Facebook (hell, I’m doing it right now, but I focus my complaints towards those in authority and those bragging about their fucking possessions publicly). In the NYT it’s just pathetic.

The piece goes on to describe when Bilton was insulted by a friend, who is obviously even cooler than he — “ I once asked a friend something easily discovered on the Internet, and he responded with a link to lmgtfy.com, which stands for Let Me Google That For You.” Bilton’s friends are as obnoxious as he is.

A final quote comes from some other webmaster gent who doesn’t like answering people’s questions in e-mail or texts, even if a friend asks what his schedule is so they can meet up (he’s too busy! He’s important! He’s got lots of things to do with his devices and none of them involve you!). To wit (and there is none), “I have decreasing amounts of tolerance for unnecessary communication because it is a burden and a cost.” 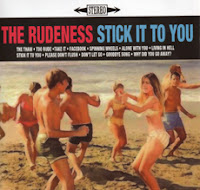 The whole obnoxious thrust here is what I noted above in reference to no one acknowledging that the public at large has no extra money to add to the MTA’s already bulging coffers. This same attitude is manifested in Bloomberg’s exhortation to “buy another soda” — there’s an amazing obnoxious involved in declaring that since these digital devices exist, EVERYONE should have them and be using them all the time.

Bilton again refers to those “…drowning in digital communication” which is a lot of braggin’ on that boy’s part  – just as the first, block-like cellphones were a definite status symbol for busy assholes to loudly conduct personal phone calls on the street, now the most complex smartphones are the status symbols that convey a person’s degree of cool (or, the amount of debt they’re willing to accrue to “be in the loop”). And those who exist solely on the plane of short messages are the most important among us. Their times is valuable!

Back in the early Eighties, I remember James Wolcott writing in the Voice about how tired he was of celebs discussing their drug troubles on interview shows, since their quantifying their drug use was also telling us how much MONEY they’d had and shit away. Bilton and other whiny folk who complain that not all of society acts like the digitally-engaged are pursuing a similar path — showing off that they have a really nice device, and insisting that everyone including their parents has to RESPECT their possession of said item(s).

The obnoxious little screed concludes “Here’s hoping politeness never goes out of fashion, but that time-wasting forms of communication do.” Sorry to waste your time, you whiny, spoiled brat. One only wishes that Al Goldstein has kept his wits about him several years ago and was still able to deal out “Fuck You” editorials to those who get on his nerves. I stand in Al’s stead in this instance, but can’t manage the sustained vulgar nastiness of The Goldstein: