“Frankenstorm” and the three nannies

The media coverage of Hurricane Sandy last week was utterly fascinating, in that it primarily consisted of photogenic anchors vamping for entire segments of TV time, somewhat dowdier (and definitely windswept) on-location reporters standing around in the real depths of the story, and three politicians constantly holding press conferences – governors Cuomo and Christie, and Little Lord Fauntleroy himself, the billionaire mayor.

The last-mentioned held press conferences every few hours (given the way they were rerun, it felt like every few minutes); Cuomo and Bloomberg dealt with the “Frankenstorm” by shutting city transit down, telling people to stay at home (unless, of course, they needed evacuation), and saying in essence “just listen to us, we know what's best for you” (that's a politician-b.s.-to-Ed translation).

What was galling about the results of this 12-hour storm — millions of people losing their power (due to an explosion at a power station), the subways tunnels being flooded, and random other first-time occurrences — was that the city had a dry run for this whole disastrous affair last year with Hurricane Irene, when nothing of any heavy consequence happened weather-wise in NYC, and clearly NOTHING was learned by the “nannies” in office in the way of prevention of some aspects of this crisis. 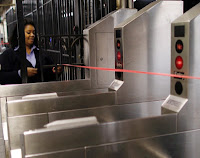 As I noted last year, Irene was a landmark event in NYC history, as it marked the first time the entirety of the subway system was shut down, in anticipation of flooding. The MTA and public transit currently being the most unreliable, randomly executed, shiftless, and downright shitty aspect of living in this city (being self-regulating and reporting to no government official at all), I thought this was a bad idea, and it turned out to be an unnecessary one then, since Irene was mostly a non-starter in the tri-state area. (Those living by the water always experience outages and grief during severe storms.)

This time out it was a good idea to turn off the subways – although the fact that that the badly run MTA needs more than a full 24 hours to turn the whole godawful system off, thus doing the nanny trick of immobilizing the city when it shouldn't be immobilized, is part of the “we're doing what's best for you!” attitude that has proven to be the standard operating principle of the Bloomberg administration.

So as the week moved on from Monday through Wednesday the news coverage was a series of Cuomo-Bloomberg press conferences, followed by facts, figures, and “closings” of businesses and institutions. The most interesting aspect of the press conferences was the fact that on Tuesday and Wednesday both politicians were solidly patting themselves on the back for a job well done. (Note: I leave the lout Christie and N.J. out of this discussion because I live over here and can't address N.J. issues — I don't have a driver's license, don't have a car, and don't live near the water.)

By Thursday and Friday, it became apparent that a BIG portion of the city was without power, so in fact, the gov and tiny billionaire hadn't really done a great job, they had put on a great show. And were in fact still putting on a great show — please remember that Bloomberg constantly has to fight the “I don't care about anyone in the city I run, I was having my usual weekend jaunt at my summer home in Bermuda” image that emerged back in 2010 when the city was inundated by snow, and he attended to the problem when he goddamned felt like it.

These press conferences from the “tough” governor and the fey, monotone, wouldn't-care-about-you-if-you-were-bleeding-in-front-of-him (unless you were one of his billionaire cronies) mayor are still continuing as of today (Sunday), and they contain much less back-patting.

The sight of Bloomberg being yelled at by citizens in Rockaway the other day was a joyous one – of course it made no impression on him because the average working individual is not someone Mayor Mike has any care for, nor does he encounter them on a regular basis. He does want to change their diet and personal habits, though, from smoking to drinking soda to nursing their baby with formula. 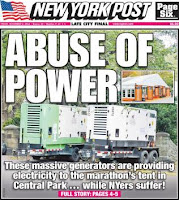 The New York Times reported that Bloomberg was dead set on having the NYC Marathon take place today, despite the fact that it would divert resources from those who needed them most – the citizens of the city the tiny billionaire chose to run (again, I think of Citizen Kane: "I think it would be fun to run a newspaper" – insert "a major city" in place of "newspaper"). He was only convinced to cancel it when he was informed that such a callous act would impact badly on his legacy. He does NOT care about the citizens of this city.

Perhaps NYCers, who will most likely go to the polls this Tuesday and vote for our Democratic president, can THINK for a second before they pull the lever for yet another Republican for NYC mayor when that election comes around (it will have been 20 years of rule-by-nanny by the time Bloomberg becomes a “private citizen” again).

Then again, I continue to vote for Democrats and will continue to do so (I don't earn enough to support Republicans, or their evil, “hipper” twins, Libertarians), but the amount of disappointment and disillusion one feels as a result of the Dems' stunningly wimpish behavior is a major sadness. Cuomo was indeed just as big a windbag during Hurricane Sandy as Bloomberg was. 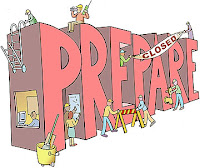 Climate change is for real, and all over the world people are experiencing extreme weather on a regular basis. We will see what city administrators have learned from this sudden, very expected crisis, and whether they will discuss with city services and... oh, I don't know, Con Edison... what measures can be put in place to guard against the effects of a hurricane, most importantly retaining power during and after the storm. (Every blackout we have in America seems to have an “oops!” aspect to it; preemptive action and infrastructure are things we do not believe in at all.)

Hurricane Irene meant nothing to these numbskulls and found them doing nothing to prepare for the occurrence of an actual hurricane hitting the city. Now that we have had a “severe weather event” that eclipsed most of the past torrents and monsoons, perhaps they will work to PREPARE for the inevitable annual reocurrence of this kind of weather.