Every year without fail I present the clip at the bottom of this entry. It’s one of those seasonal displays of joy that only gets better with age — like receiving a fruitcake for Xmas and making endless jokes about it.

As time moves on, though, I wonder: What Would Robert Vaughn Do? Where would he fall in the current culture war? Would he get the Pfizer or Moderna jab, or would he argue instead for natural immunity? Would he comment on the issues of the day, the murder trials and other controversies, or would he remain silent and simply watch them unfold, waiting to speak about them when they are fully resolved? 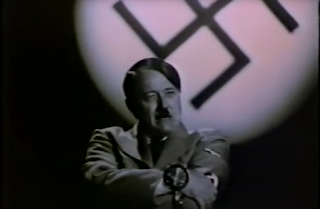 It’s hard to say since, sadly Mr. Vaughn passed on. He is no more, has ceased to be, gone to meet his maker, is bereft of life, rests in peace and joined the choir invisible. He is, in short, now an ex-Robert Vaughn, and we can’t pretend to know what he would make of the complications of the 21st century. We can only marvel at his many performances, and even (dare I say it?) the times when he was doing material that was actually meant to be funny. 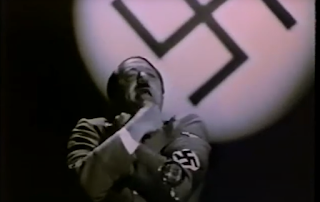 I’m prepping an interview to run on these pages, and in doing so I wound up rewatching parts of Harry Hurwitz’s That’s Adequate(1989), a piecemeal creation that is wonderfully funny for about 45 minutes and then slides into not-as-funny time-fillers for the remaining 30 minutes. Coincidentally one of the MANY guest stars featured in the film is our own Vaughn playing Hitler. 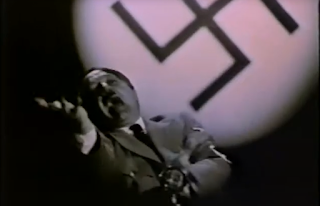 Hurwitz was a very funny scripter, and so Vaughn’s dialogue as Der Fuhrer is predictably silly and amusing. (Hitler loves the Z-budget studio Adequate Pictures because he enjoyed their films “Slut of the South” and “Singin’ in the Synagogue.”) Vaughn of course had plenty of campy sequences in the “Man from U.N.C.L.E.” and he appeared in several big-screen comedies (from S.O.B. to C.H.U.D. II: Bud the Chud and from BASEketball to Pootie Tang). 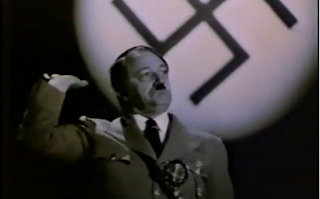 But seeing him as Hitler is oddly satisfying, as he enjoyed hamming it up – ’cause he often had no other level on which to deliver the material. Watch at 19:00:

But you didn’t come here to see Vaughn as Hitler. You came here to see him mocked by clowns at the Macy’s Thanksgiving Parade in 1986.This year it was announced that children under 12 would not be allowed in the parade proper — I think this is a horrible stricture and would've certainly dulled this magic moment, had that rule been in place in '86.

And please, before watching once, twice, or a dozen times, just ask yourself: What Would Robert Vaughn Do?

Posted by Media Funhouse at 2:38 AM