One last farewell to Allan Sherman 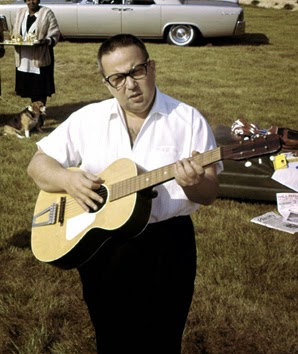 I wanted to end my exploration of the works of Allan Sherman with two clips that I find fascinating — the first because it’s amusing, the second because it’s kinda sad (on purpose).

The first clip features one of the great comedy writer/performers of today, a certain Larry David, singing (yes, that’s right, singing) one of Allan’s more tongue-twisting lyrics, “Shake Hands With Your Uncle Max” from My Son the Folk Singer. Larry does “pretty, pretty, pretty good” in this odd public appearance with the Boston Pops in August of 2011.

Here’s something I uploaded myself: a variant version of “Sarah Jackman” sung by Allan and Christine Nelson on a 1966 TV special. For whatever reason, Allan changed the lyrics (after the first identical verse) to have Sarah rejecting Jerry Bockman, in excruciating detail. I was pretty amazed when I first saw this clip in the Nineties — this was before I had read anything about Sherman’s private life. (He was, in case you haven’t read my preceding entries, a depressive.)

Allan’s clever wordplay is still front and center, but here it’s not used to describe a large Jewish family, but instead to depict an overweight boy being mocked and rejected by the object of his affection. JFK reportedly was heard humming and singing the original “Sarah Jackman” in a hotel lobby once. I doubt he would’ve dug this version, ladies’ man that he was.

I’m not thrilled to end this series of posts about Sherman on a “downer,” but the rarity of this clip makes it a must-see (plus, it has Allan once he’d ditched the glasses and was trying to lose weight).

Posted by Media Funhouse at 2:40 PM